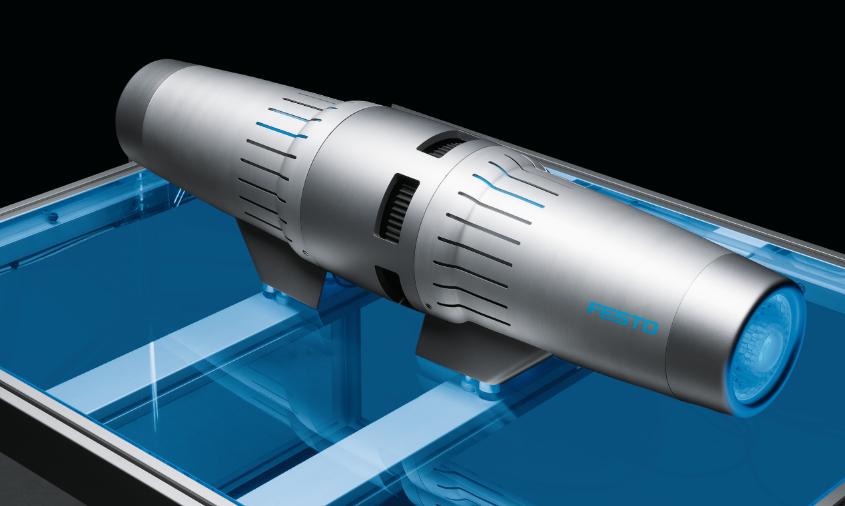 Festo has built a compact, superconductive claw pole motor with solid-body cooling, called SupraMotor, which it claims is a world first.

It has a highly compact design, a high holding torque and a durable electrical direct cooling system. For a number of years, the company has also been investigating superconductive drive units in addition to automation concepts with superconductor technology.

Along with the movement concepts with SupraMotion that are being developed for industrial application, Festo is also investigating technologies for superconductive direct drive units.

With SupraMotor, the automation company has succeeded in constructing a superconductive drive with electrical direct cooling. Measuring only about a metre in length and up to 23 centimetres in diameter, this unit is highly compact.

The drive makes use of the effect that electricity within an appropriately cooled superconductor is transmitted without loss. This allows a strong magnetic field to be generated with very high currents which can be used for the motor.

The SupraMotor has a high overload capacity and is suitable for applications in continuous operation. The risk of overheating is effectively zero as the superconducting coils carry the electrical current without resistance. The motor works particularly efficiently at low speeds with very high torques. If a load must be held, the drive uses no energy even at maximum holding torque.

In general, too, the energy demand is low: whilst the motor’s output power is in the double-digit kilowatt range, it only needs energy for cooling in the low three-digit watt range.

The motor can at present only be operated with low phase currents, as the ferromagnetic materials available up to now are unable to take larger magnetic flux densities. Through further research, however, new concepts and materials could be investigated, which could fully exploit the superconductor’s current carrying capacity of well over 100 amperes.

Superconductors are materials which below a certain temperature lose their electrical resistance and can store the field of a permanent magnet at a predefined distance.

Festo is using the first of these effects for SupraMotor, and the second enables objects to be held in position and manoeuvred without contact, as is being demonstrated with the SupraMotion projects. The levitation gap remains stable even beyond walls.