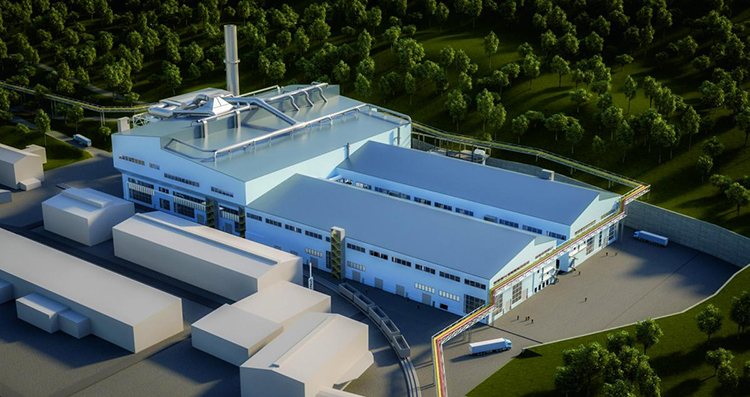 A groundbreaking ceremony marked the official start of the three-year construction phase for the new Voestalpine special steel plant in Kapfenberg, Austria. (See video below.)

From 2021 onwards, each year the fully digitalized plant will produce around 205,000 tons of sophisticated high-performance steels, especially for the international aviation and automotive industries as well as for the oil & gas sector, while at the same time securing more than 3,000 highly skilled jobs in the region over the long term.

Preparations for the major project with an investment volume of up to €350 million are already fully under way: the construction site is currently being prepared, with work focusing on energy supply and logistics infrastructure.

The new high-tech special steel plant which, once operative, is intended to replace the existing Voestalpine Böhler Edelstahl & Co KG plant in Kapfenberg and designed to produce premium quality pre-materials for aircraft components, tools for the automotive industry, equipment for oil & gas extraction, and for the 3D printing of highly complex metal parts.

Around 8,000 process data will be recorded in parallel, and implemented or evaluated on an ongoing basis.

The investment is also setting new standards in environmental protection: the centerpiece of the plant – an electric arc furnace which melts down ultra-pure scrap combined with various alloy metals into special steels – will operate using only electricity generated from renewables.

With an investment volume of around €350 million, the Voestalpine project is having a significant economic impact: as an IWI study carried out in September 2017 shows, during the construction phase alone (2018–2021), about €240 million of gross value will be generated nationally, €145 million of which in Styria.

All in all, the production value resulting from the project amounts to a total of around €575 million (of which in Styria: €375 million).

The project indirectly secures 3,500 jobs in Austria during the construction phase, more than half of them in Styria.