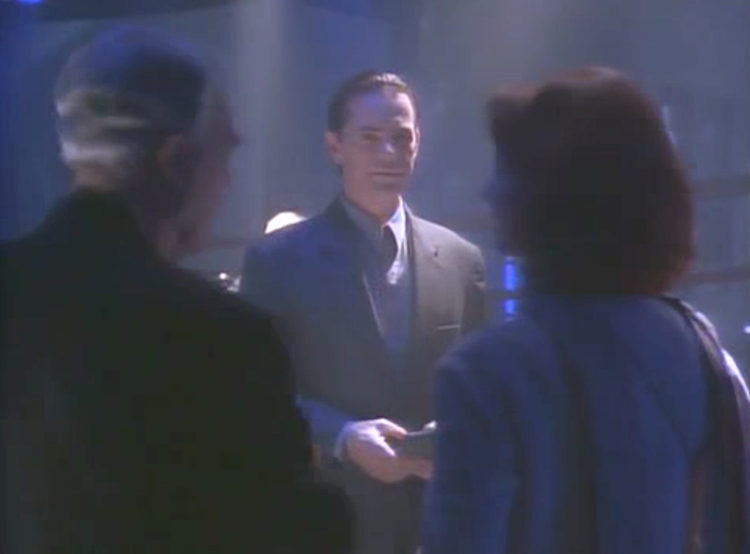 Human relationships can be difficult, especially when they involve sex and romance.

The emotional investment people make in each other is often not repaid. Unrequited love is an age-old concept and a reality for many people.

In this film, The Companion, the lead character is a writer whose partner cheats on her.

It’s a relatively old film, having been released in 1994, but sometimes, we have to go back a while to find films that are relevant to this website’s general subject matter.

It’s also enjoyable to indulge in some nostalgia.

Kathryn Harold plays the lead character, the writer. And although she’s not all that well known, other faces in the film will be familiar to film fans.

After ending her relationship with her human partner, Harold’s character is persuaded to buy an android companion, which can be programmed in minute detail to be compatible with her in every way.

And the owner can then customise the android beyond the factory settings.

It may sound ideal in some ways to some people, but, of course, what is eliminated from the programming of the robot is spontaneity.

The android is played by one of the familiar faces people may recognise – Bruce Greenwood, who played the cold-hearted company boss in I, Robot opposite Will Smith.

Greenwood conveys the characteristics of the android quite well, and the film is interesting for many reasons.

It‘s a complicated subject with so many questions that would be difficult to answer even now, let alone back in 1994, when artificial intelligence was not as advanced as it is now.

The whole idea for people who are like that is that it is a mutual attraction and mutually fulfilling.

But for others who are happy to be in total control, it may not be an issue that the object of their attention has no control over anything at all, except that which is given to them, and that might be only in the area of physical functions.

In this film, Harold’s character chooses an android which has “basic housekeeping” functionalities, eschewing the opportunity to choose a “sports programme, which includes all levels of skills”.

After taking it home, she realises that the robot is too robotic and adjusts it to be more human-like in the way it talks and moves – more spontaneity, if you will.

Of course, the android shop offered many options for different physical features – blond, dark, whatever – but the Harold character says she just wants it to be “presentable”, and not look like an android.

So, the shop gives her “an average-looking, low-profile” model.

And like all relationships, it starts off well enough, but develops some difficulties. We don’t want to give too much away, but it’s interesting that, essentially, it’s not that much different to a relationship between two humans in that sense.

What might have been more interesting is if the blissful moments the couple enjoy just keep getting better and better. What is the nature and limit of a “perfect” relationship, or perfect happiness?

It’s not a bad film if you like dramas, and it’s sort of reassuringly predictable without being totally devoid of intriguing questions.