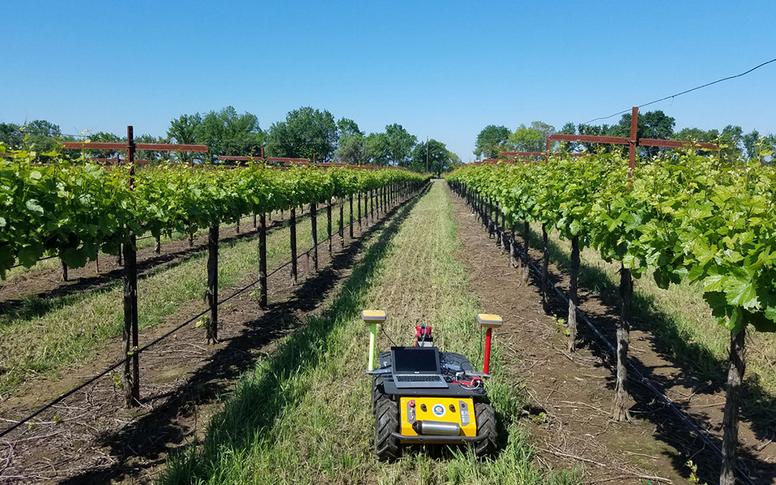 A university project in California has developed a robotic system to help vintners manage their water systems, and implement precision irrigation across the vineyard.

The RAPID (Robot-Assisted Precision Irrigation Delivery) system was developed by Electrical Engineering and Computer Science professor, Stefano Carpin, with a team of researchers from University of California-Merced, Davis, and Berkeley.

By replacing an existing system with low-cost, plastic emitters that control the water flow, the team can send a Husky UGV, from Clearpath Robotics, to adjust them, and change the amount of water each plant area is receiving.

That way, rather than every plant receiving the same amount of water, which can lead to over or under-watering depending on conditions, the grape plants enjoy the benefits of precision agriculture, and receive the exact amount of water they need.

Integrating additional sensors, such as GPS, on the Husky will allow the robot to map its route, and adding an RFID reader will enable autonomous movement of the Husky to a specific emitter that needs adjusting.

This multi-year project is part of the National Robotics Initiative from the National Science Foundation, and received nearly $1M from the U.S. Department of Agriculture.

Stefano and the RAPID team will be presenting the project next month in Brisbane, Australia at the 2018 International Conference on Robotics and Automation.