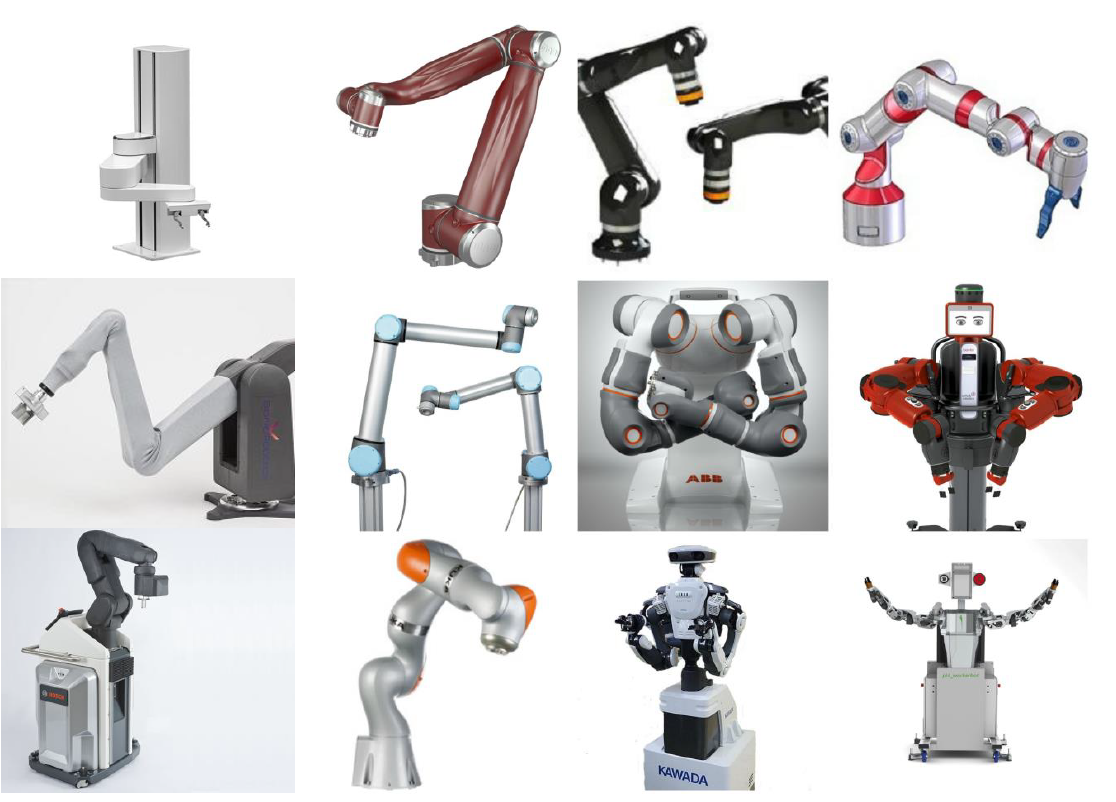 Industry 4.0, the catch-all phrase to describe industry’s embrace of Big Data, the internet of things and robotics, tends to inspire equal feelings of excitement and anxiety.

Excitement for the manufacturers who dream of lower costs, greater efficiencies and faster and greater outputs, anxiety for the millions of workers around the world who fear that the robotic revolution will leave them without a job.

A new study by the OECD suggests, however, that they needn’t be too worried. Whereas previously pundits warned that close to 50 per cent of American jobs would soon be lost to automation, the OECD now predicts just 14 per cent of jobs in OECD countries could now be lost to robots.

This report has calmed fears and also serves to remind us that robots may actually help workers to be more productive, lead more fulfilling work lives, and preserve existing and generate new jobs.

Indeed, one particular subsector of robotics, so-called collaborative robots – or “cobots” – promises to be a panacea for so many of the biggest issues affecting the developed world today, including lousy productivity growth, ageing populations and labour shortages.

Industry leaders Rethink Robotics introduced the term ‘Collaborative’ and pioneered this new class of robot with the launch of the Baxter Cobot in 2012.

Since then, the likes of ABB, Fanuc and Universal Industries have entered the arena with Collaborative models of their own and placed their own unique spin on the topic.

However, it is generally agreed that collaborative robots can be thought of as mobile systems that are capable of sharing a workspace, collaborating and cooperating (via some physical contact) with humans.

Cobots are already finding use in a range of processes and activities including:

Most suitable applications are activities involving the repetitive movement of lightweight parts that take place in close proximity to humans.

Safety is paramount, in order to secure worker buy-in and confidence, and is achieved either by force-limiting technology, by pausing in response to contact, or through the deployment of proximity sensors that pick up the presence of human workers.

Cobots are compact, lightweight and can be moved around a factory or distribution centre from task to task, unlike the large robot systems favoured by the automotive industry. They can be reconfigured for different tasks and activities.

And they should be cheaper to purchase and maintain than traditional one-off designed industrial robotics, thanks to their focus on software rather than bespoke hardware, their ease of setup and programming and their increased flexibility.

All this makes them more affordable and deployable for smaller manufacturers- you could call it the democratization of robotics since larger robots have only tended to be affordable for bigger, blue chip manufacturers.

It is no wonder that industry is embracing cobots in a big way. Demand for them is expected to increase 80 per cent a year to 2020, with the market expanding tenfold to $1 billion over the same period.

Some of the biggest names in manufacturing are already putting this revolution to work.

At tyre manufacturer Continental’s manufacturing facility in Texas, the deployment of cobots has boosted the value-added nature of the team’s activities and enhanced their technical capabilities. It has also reduced the need for offshoring- the transfer of factories and therefore jobs to lower-cost locations.

Similarly, at Paradigm Electronics, a manufacturer of high-end speakers and audio-visual components, the addition of cobots has increased throughput by 50 per cent. Other success stories involve Johnson & Johnson, Harley Davidson, Trelleborg and Volkswagen.

Importantly, the benefits of cobots likely will also have economists salivating. Highly industrialised countries such as Germany and Japan suffer from rapidly ageing workforces, and labour shortages as their populations decline. Other such as the UK suffer from woeful productivity gains. Cobots could help soften the impact of all these challenges.

Health benefits are an additional draw. For instance, Audi AG’s recent deployment of cobots as part of its PART4you initiative at its main factory in Germany is helping to reduce the potential for back problems among its employees by eliminating the need for employees to reach over long distances or bend down repeatedly.

Reducing repetitive stress injuries and literally lightening the load for manufacturing workers is an important goal in countries where the retirement age is being pushed back repeatedly, requiring workers to stay in employment for longer in order to maintain a high work participation rate, an essential ingredient for a healthy economy.

Similarly, the inherent flexibility of cobots makes it cheaper for companies to make more customized, higher value products in smaller batches- what many pundits describe as “agile manufacturing” and increasingly in demand as consumers want customized cars, food, even drugs.

This flexibility also makes it easy to deploy them across multiple processes that were previously carried out exclusively by humans, and in doing so optimising production processes.

This can only boost productivity growth, currently running at a historically low rate of c. 1 per cent in the US and a measly 0.7 per cent a year in the UK.

In addition to preserving jobs by helping workers to become more productive and their employers more efficient, cobots will also create new employment. Humans will be needed to programme, repair and service these robots.

More widely, research by the Centre for European Economic Research shows that the use of machines has allowed German employment to grow 1 per cent, and estimates that further automation will increase employment by another 1.8 per cent by 2021.

Key to securing this economic and social bounty will be the ability of industry and finance to marshall the necessary capital to drive this investment.

But it will also rely on helping companies to adapt their workforce and their manufacturing processes to be able to fully embrace the cobot revolution.

About the author: Andrew Dyer is an investment manager on Baird Capital’s industrial solutions team.