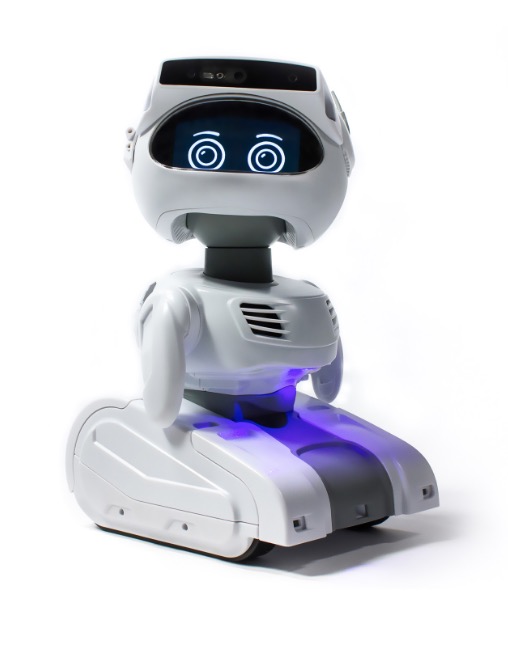 Today at the Collision Conference, Misty Robotics, the personal robot company spun out from Sphero, the creators of the best-selling BB-8 toy robot, announced its newest personal robot, the Misty II, and the launch of a limited-time crowdfunding campaign to purchase the robot at a 50 per cent discount.

People interested will have 30 days, from May 2 through May 31, to order the Misty II.

Ian Bernstein, founder and head of product, says: “At Misty, we are focused on developing the personal robot of the future that developers and makers can build upon as well as share skills and ideas for what a robot can be.

“The Misty II robot is the next generation of our first robot, the Misty I Developer Edition, that we shipped earlier this year. With its combination of a user-friendly design, personality, ease-of-programming, best-in-class autonomous navigation, and hardware extensibility, it is truly unlike anything else on the market.”

The Misty II personal robot is easy for non-technical owners to program using the Misty Blockly client, a visual block-based programming interface, to create new skills for the robot that can make it move, talk, roar, and more.

Pre-set blocks, or skills, will come installed on Misty II to quickly get started. Those owners with programming experience can utilize JavaScript APIs to create more sophisticated skills and modifications, like integrating with third-party services such as Alexa, Microsoft Cognitive Services, Google Assistant, and Cloud APIs.

In addition, customers will be able to download skills created by both Misty Robotics and community developers through the Misty Github repository and ultimately via a skills marketplace.

“There really is no other programmable robot on the market today with the advanced technology, personality, and sophisticated design at this price point.”

The robot is fully capable of running Tensorflow, Cafe, and WindowsML within hardware optimized runtimes. Owners can expand Misty II to add functionality and fun with several hardware accessories, created by Misty Robotics and the community of makers and inventors at large:

Serial or USB enabled magnetically attached, backpack attachments such as the Arduino Backpack available through the crowdfunding campaign

Misty II is the second robot in a series of robots being developed by the Misty Robotics team and augmented by the Misty developer community over the course of the next 10 years.

As part of the first step in their mission to one day have a robot in every home and office, Misty Robotics previously announced the Misty I Developer Edition prototype robot in January 2018.