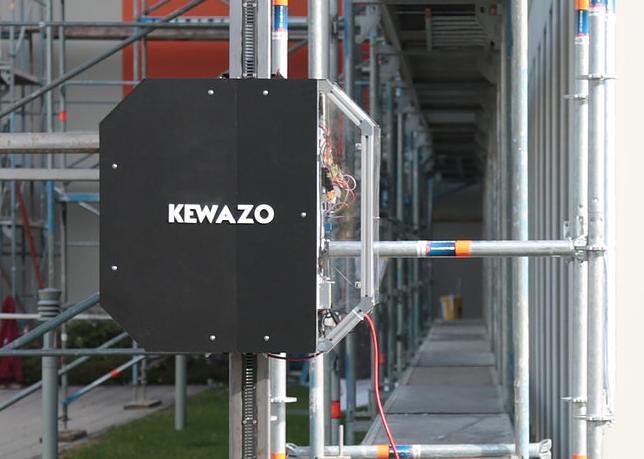 The funding will enable Kewazo to bring its robotic solution for scaffolding assembly to the market and to establish the company’s sales and distribution network.

The first area of application is scaffolding assembly, offering flexible, cost-efficient and safe transport of scaffolding parts during scaffolding.

After entering the scaffolding market, the company plans to apply the system to other construction trades. Kewazo has already built several prototypes and submitted a patent application.

Kewazo’s technology has a great market potential. In Germany alone, the assembly and disassembly of scaffolding generates annual sales of around one billion euro and over 23 Billion euro worldwide.

“We are convinced of Kewazo’s business idea and technology and therefore decided to invest in this start-up at an early stage,” says Michael Motschmann, General Partner and CEO of MIG AG.

“The introduction of modern robotics into a traditional sector such as the construction industry is an extremely exciting and promising approach.

“Kewazo is a pioneer in building automation, which is bringing disruption in the industry. We want to participate in this project right from the start and we believe in supporting a really strong team,” adds Dr. Klaus Feix, Venture Partner of MIG AG and responsible for the investment in Kewazo.

“In addition to financing, MIG contributes great entrepreneurial know-how, from which the young founders can certainly benefit.”