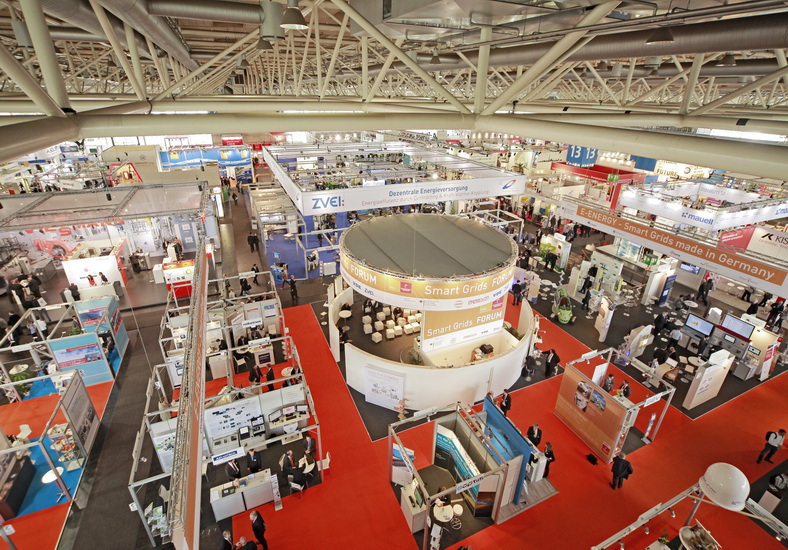 This is the second time I have been to Hannover Messe and I thought I was better prepared for what is probably the largest industrial technology show in the world.

But even though I had a lot of ideas of what to cover, it turns out that Hannover Messe has many more ideas than I brought with me and has overwhelmed me again.

The basic numbers about the show are impressive enough — close to a quarter of a million visitors over the five days the show lasts in the German city of Hannover.

The venue is so large it would be impossible to cover even half of it adequately. More than 5,000 exhibitors, some of them taking up most of the large halls their stands are in, and having stands in different halls.

For the second year, CeMAT — which used to be a standalone logistics event — has been incorporated into the Hannover Messe by the organiser, Deutsche Messe.

So, a broad overview of the show is as follows:

One of the problems with working on this website is that so much of the technology interests us that we would like to write about almost all of it. But we have to make choices, given the available time and resources.

Clearly, robotics and automation is our area, which is why the integration Integrated Automation, Motion & Drives portion is a must for us, but the rest could be said to be optional.

The way we tend to decide what to spend time covering is seeing what the readers visit, according to the website analytics data, and of course what we ourselves find interesting.

Industrial internet of things stories don’t always get a lot of readers, but it’s a topic of growing importance. Digital factories sort of fit into that space because it’s about computerisation and virtualisation or, to use he industry term, digitalisation.

Certainly this is an area of great interest to the industrial giants offering a variety of platforms, from Siemens MindSphere to ABB Ability to GE Digital Predix and so on.

These sorts of digital services — for monitoring and predictive maintenance — have been around for a few years, but there is a new buzz about them because they are more powerful now than they have ever been, and perhaps the companies supplying them find a better profit margin in supplying services like these.

But as one expert from one of the big companies explained, it’s also about trying to build a more integrated partnership with the customers, and making them loyal customers to whom they provide continuing support going forward.

At a time when new companies are launcing IIoT clouds and platforms — offering what has become the basics of condition monitoring and predictive analytics — it’s probably vital that established leaders compete vigorously to keep their market share.

A lot of the equipment needed to hook up machines to the internet and then monitor and manage those machines are compatible with each other. So, you might have hardware from company A, networking technology from company B, data analytics from company C, and yet more software — perhaps manufacturing execution sytems and enterprise resource planning applications — from company D.

Making all these things work together is possible because of open standards and greater compatibility, but as another expert from one of the big industrial giants said, “The theory is that all these things can work together, but in practice, it’s not all that straightforward and there are many issues relating to building a large, complex system. It can be overwhelming.”