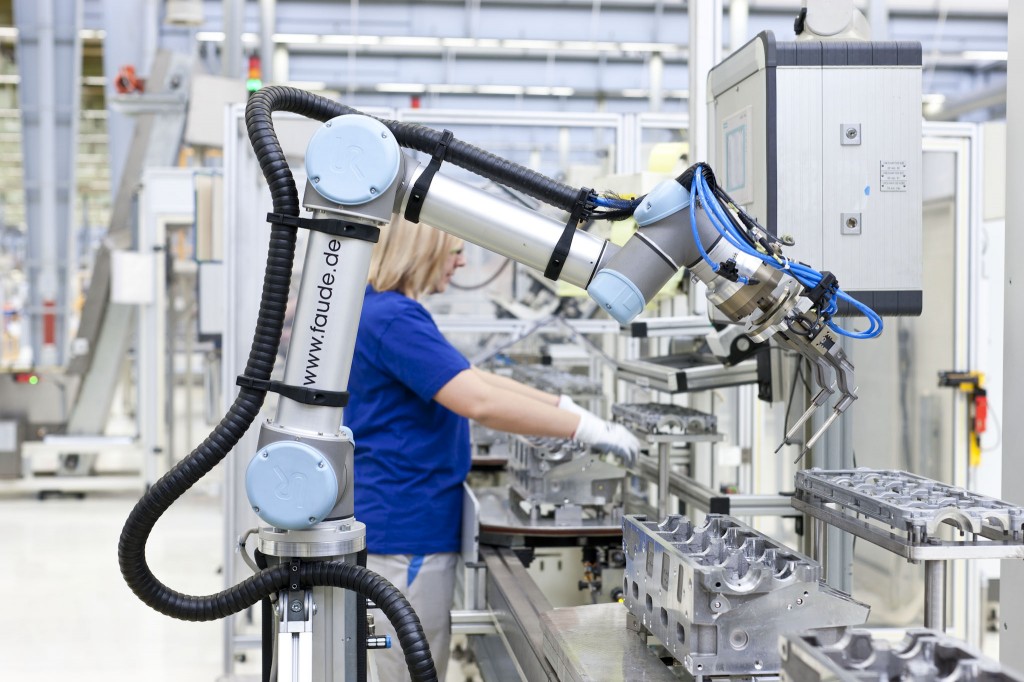 Universal Robots (UR) will make its debut at the NPE2018 in Orlando, USA, May 7-11, showing the new Kanga Poucher from RND Automation & Engineering.

Kanga is a vertical form/fill/seal pouching system that forms four-sided pouches for the medical device, pharmaceutical, and durable goods industries.

The system integrates with a UR cobot loading products into the pouches before the fourth, “top” seal is made after the product is indexed through the sealing gasket.

“The fully customizable robots fill our customers’ unique packaging needs. They also stop safely upon operator contact and can be moved with minimal force.”

Also featured will be the Bulk Box Loader from Dyco, another system utilizing the small footprint and safety benefits of UR cobots.

“We are getting a lot of requests from our customers to integrate Universal Robots throughout the blow moulding process. End of line packaging is just one example of their numerous applications” says Mark Lovelace, Sales Manager with Dyco that also offers a tray loading/palletizing system with UR cobots.

The integrated safety features of the UR cobots enables Dyco to offer continuous operation as the box loader cell includes two stations; while one box is being exchanged by an operator, the other box is being loaded by the robots.

The system, which will be shown loading plastic bottles at NPE, is designed for easy set-up on a self-contained plate that can be redeployed between multiple blow moulding production lines running different bottle and box sizes. The bulk box loader is a fully automated system controlled from the UR interface and a few push buttons.