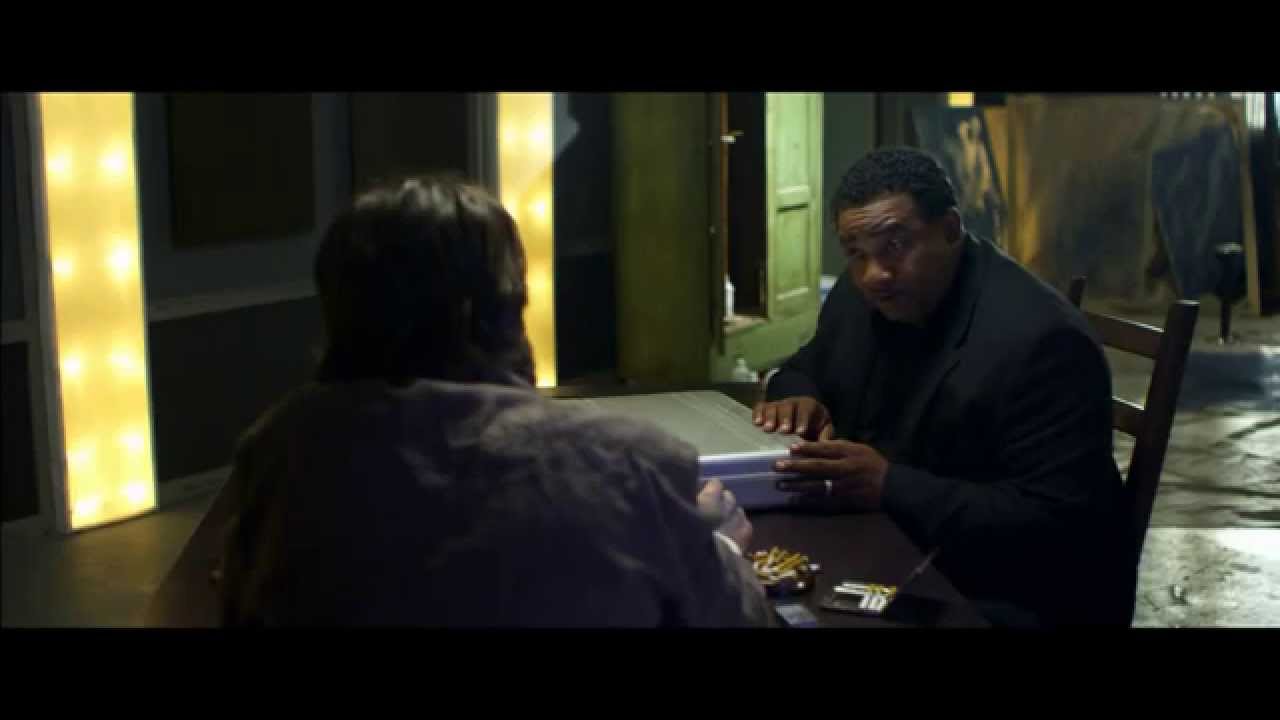 I’ve probably given away something of the film through my choice of headline since Muse would at first glance appear to be a pleasant film about some artist who finds a muse who resembles his wife, which is actually the basic plotline of the film.

But we do always recommend people watch the films that we write about to minimise the chances of us spoiling it for you.

There’s more to the film than the headline suggests, although the basic premise is as you might expect.

The muse in question is a product of a company in the film which supplies androids to people who for whatever reason want one. They do check or vet their customers because they see it as being something like adoption.

To be exact, the muse is a genetically engineered bioform, and in this story, the one ordered or bought – for a considerable sum of credits – by the artist is very similar to his wife.

Taylor Graham plays the tortured artist (there’s more than one cliché and borrowed plot device in the film). Heather Weeks plays his muse.

The curious thing I find with low-budget films like this is that, while it’s understandable that there are fewer expensive special effects and things that you’d find in a big-budget movie, I can never understand why they can’t have got better cameras and sound equipment – or used them better.

A lot of the time, inferior equipment can be used to make great films – The Blair Witch Project and Cloverfield being two excellent examples.

It takes a few minutes to adjust to the drop in production quality, but unlike most films that start out this unpromising technically, this one does have its rewards.

It has plot twists of its own, and they are quite original because they have to do with the ethics and morals relating to genetically engineered bioforms – humans created in labs.

But even before we consider the film, I’m still confused why this film has two mutually exclusive titles – Muse and Clew. I think Clew is probably what it was originally released as, but then had its name changed to the more commercially attractive Muse.

Whatever the reason, it’s not too bad a film, although it does seem to have received a lot of negative reviews.

It’s not one of the greats, but when you reach a certain age, you’ve seen all the best films you wanted to see, and you have to sift through the rest of them to find something worth your time.

Is this worth your time? I’d say it is, but only just. It’s not a bad story or script, but it’s just made in a way that could be seen as a rough edit, or a dress rehearsal. It really needed a bit of finesse or sophistication in its style – the acting and story deserved it.

But all things considered, it‘s not total crap.

A lot of people who work in the media, writers and designers perhaps, work in isolation, often at home these days.

So the central character seems to have a lifestyle that is all too familiar, although he seems to have a medical problem relating to going out at all – agoraphobia, probably.

Some people might think of this film as a version of Her, which differs mainly in that the artificially intelligent partner to the human did not have a physical form.

But I think Clew attempts to address more profound questions about freedom and rights.

The nagging feeling that the elite social engineers of today’s real world are using these films to plan our futures for us is something that cannot really be avoided – all data everywhere is being devoured and subsumed into the simulated world that is being created for us before our very eyes.

When that happens, when we are there in that world where all options have been calculated, predicted and accounted for, what freedoms will be left?

This is one of the questions Clew or Muse tries to answer.

And while it may be intellectually engaging, my senses – eyes and ears – were not assuaged enough to say the film was particularly good.

If you’re a film fan who can tolerate a little plodding lack of style, there’s enough substance there to make watching this film worthwhile.

But if you absolutely must have at least sound and vision of a quality high enough that it does not remind you of the film school movies you’ve seen over the years, then prepare to be somewhat tolerant at least.

The acting can be categorised the same way – a bit film school. But then, these things do tend to go together for some mysterious reason. It’s not actually the actors’ fault – the responsibility, unfortunately, usually rests with the director.

Film-making style is something I tend to only talk about when it’s good. Because when it’s less than good, it’s kind of annoying, especially when it could have been a good movie.