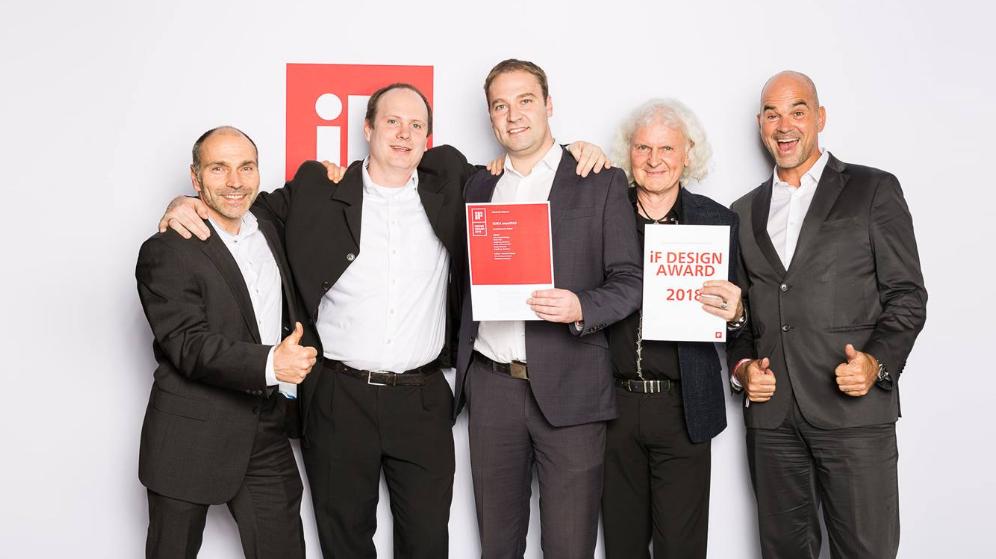 The Kuka smartPAD-2 has won the renowned iF design award 2018. The iF design award, presented by iF International Forum Design GmbH, based in Hannover, Germany, has been presented annually since 1954 and honours the best achievements in the field of product design.

From 23 to 25 January, an international panel of 63 design experts selected the winners from among almost 6,500 entries, submitted from 54 countries.

The Kuka smartPAD-2 is robust, suitable for industrial environments and offers ergonomic, comfortable handling. The options for holding it have been optimized for both left- and right-handers. It can also be used as a desktop console.

It is equipped with a well-lit 8.4″ capacitive touch display with hardened, scratch-resistant protective glass. The eight jog keys can be used to control the connected robot with up to eight axes. The device is hot-pluggable, meaning that it can be connected to or disconnected from a KR C4 controller at any time. Therefore it is also suitable for use with multiple robots.

The smartPAD was first developed in 2010 to be able to operate all Kuka robots with the KR C4 controller. In June 2018, the second generation of the device is being unveiled to the public for the first time at the Automatica trade fair in Munich.

From 2019, the KUKA smartPAD-2 will be replacing the old generation. The 6D Mouse, appreciated by Kuka customers worldwide, has been retained in the new design.