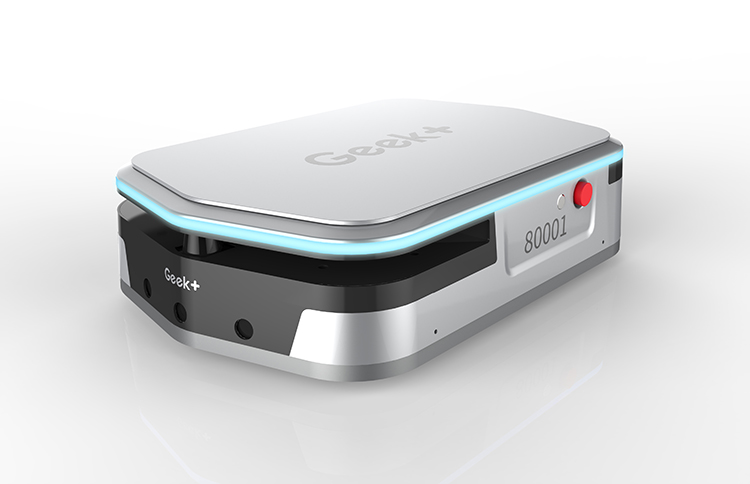 Geek Plus, a provider of warehouse automation solutions, says it will be launching two new warehouse robots at CeMAT, the material handling and logistics trade show taking place in Hannover, Germany next week.

The company, which claims to be China’s leading supplier of warehousing and logistics solutions, will launch its P800  picking robot and its M100 moving robot at the show.

Both robots will be equipped with what Geek Plus says is “cutting-edge advanced SLAM laser navigation technology”.

SLAM stands for simultaneous localisation and mapping and is a computational method used in many mobile robotic vehicles.

Geek Plus, which is also written as Geek+ or Geekplus, is positioning itself as a developer of artificial intelligence company as well as a robot maker.

Lit Fung, Geek Plus Hong Kong general manager, says that around half of the company’s approximately 250 total staff work in research and development, and a large proportion of them are in computing.

Geek Plus will also be demonstrating its complete line of picking, moving and sortation robots at CeMat.

The company was chosen as one of Fortune magazine’s “Top 15 Innovative Startups of China” recently.

Founded in 2015, Geek+ has says it has shipped more than 3,000 logistics and sorting robots so far, and has developed more than 10 robotic products for more than 30 supply chain clients since its launch.

The P800 has a maximum load of 1,000 kg and can operate in temperatures from -22° to 122° making it ideal for handling refrigerated goods or working in spaces which are not air-conditioned.

Geek Plus will also be showing its S10 sorting robot which is used by China Post, and its new M100 handling robot which can also be outfitted with the SLAM laser navigation for point-to-point transport.

“On the other hand, the traditional AGV [automated guided vehicles] with fixed transporting track is no longer suitable for this high-demand and changeable market.

“As we begin to bring our products and services to Europe, we really want supply chain business executives and CeMat attendees to visit our booth and see our solutions.”

Zheng will be attending the show with the full complement of the company’s marketing team, and will be at booth G60, in Hall 21.

Geek Plus has so far raised $61.5 million in funding, both in China and abroad, including Europe and the US.