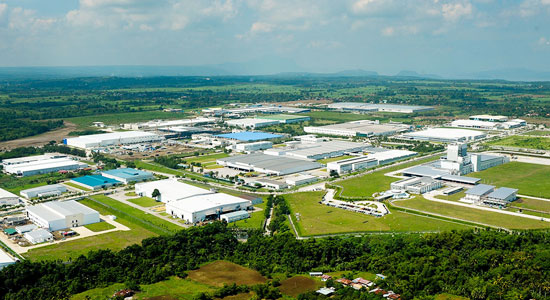 The Philippines is a large, archipelagic country located approximately 3,000 kilometres from China.

Its population numbers more than 100 million and its main two ethnic groups are Visayan and Tagalog, each of which accounts for around 30 per cent of the population.

The other eight or so sizeable ethnic groups go from around 10 per cent to 1 per cent of the population.

The Philippines’ estimated total nominal gross domestic product for 2018 is almost $400 billion, which obviously works out to be $4,000 per person.

This makes the country’s economy the 34th largest in the world.

And while it has been making headlines because of its controversial president, Rodrigo Duterte, the country is generally thought of as stable, and a good place to establish businesses.

The Philippines economy is forecast to grow at around 7 per cent a year this year and next, and according to the Philippine Star, the Asian Development Bank says the country is entering “a golden age for economic growth”.

Among the reasons for the optimism is the way the Philippines has embraced new technology.

In its report, Asian Development Outlook 2018, the ADB says that more than half of all new types of jobs in the Philippines – and India and Malaysia – have been created in the information technology sector.

The ADB adds that consumer optimism in the Philippines is rising along with expectations for improved peace and security, as well as hopes for the government’s newly announced investment in infrastructure and affordable housing.

And while industrial production has remained relatively stable, the predicted increase in consumer spending is expected to combine with government investment to drive growth in some sectors.

It may be largely an agrarian society, but the Philippines’ biggest export earnings are from high technology.

The semiconductor and electronics products sector, for example, seems to be the Philippines’ largest exporter.

The leading categories of exports are:

The Philippines is described as a newly industrialised nation, but its electronics exports have increased from basically nothing 20 years ago to a record $33 billion in 2017, as calculated by the Semiconductor and Electronics Industries in the Philippines Foundation Inc (Seipi).

Even more ambitious plans are being developed for this critical industry to generate $40 billion a year by 2025 and $50 billion in 2030.

Industry leaders say this can be achieved by adding services to the electronics products.

Seipi president Dan Lachica told the Philippines Star: “On one hand, we can continue what we are doing like the normal expansion with the normal evolution of products, but that hasn’t really taken us much beyond $30 billion.

“So what we would really like to do is to infuse giving new services to bring that to $35 billion, $40 billion and beyond.”

Exactly what those services will be are probably the subject of much debate and discussion, but one of the fastest-growing sectors for electronics products and services globally is manufacturing because of the growing levels of internet connectivity.

Machines new and old are being connected to what’s called the industrial internet of things and generating a variety of data, most crucially perhaps about its condition and performance.

This has enabled the monitoring and management of large numbers of machines from a central location in a highly efficient way, even enabling predictive maintenance – addressing problems that the machine may be having before it causes a total failure of the entire production process.

The industrial sector in the Philippines employs approximately 15 per cent of the 40 million total labour force but generates around 30 per cent of GDP.

Manufacturing output has been increasing steadily over the past few months because exports have been rising.

Global increases in the prices of raw materials may undermine some of the growth going forward, but according to economic analyst IHS Markit, “firmer sales prompted Filipino factories to scale up production”.

Scaling up, or increasing, production usually means more investment in robotics and automation, and manufacturers will be surveying what’s available on the market at trade shows such as Manufacturing Technology World.

Manufacturing Technology World is actually more than one trade show – it’s a series of three events in three different cities in the Philippines: Manila, the capital, Cebu and Davao.

Each one will feature a broad range of technologies which are used in manufacturing, and this year the organisers have added two new segments:

In the Automation & Robotics segment, the show will feature the following technologies:

The Fluid Power segment is divided into four sub-categories, along with relevant technologies in each, as follows:

The venue for the show will be convention centres and hotels, while most of the high-tech and innovative companies are generally based at locations such as the First Philippine Industrial Park in Santo Tomas, Batangas (main picture).