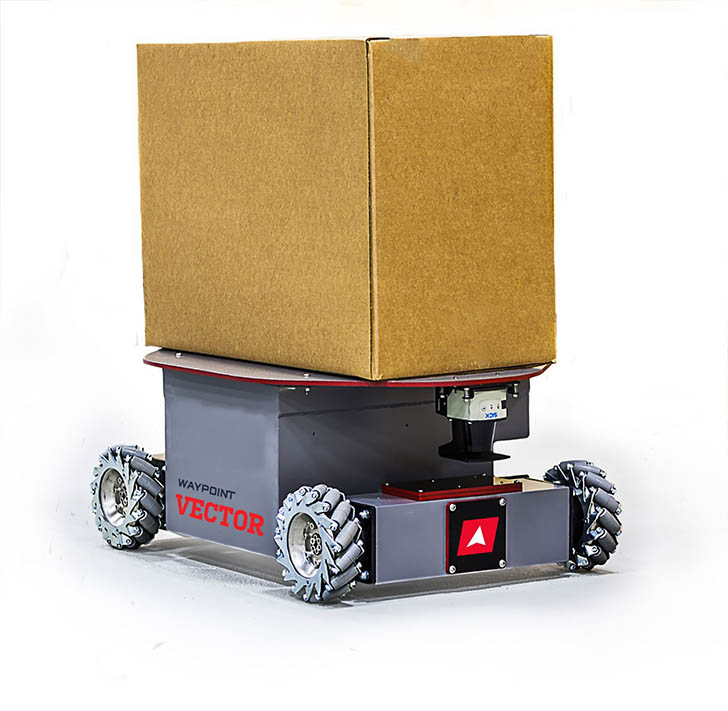 The company recently unveiled a new system, called EnZone, for wirelessly charging robots, partnering with WiBotic to develop the technology.

Waypoint says EnZone is designed to work with any robot – even industrial arms and conveyors – and can complete the process even if the robot is misaligned and does not require human intervention.

The company has also launched its “Waypoint Whistle”, which it describes as “a common sense robot controller that empowers today’s workforce by putting a robot at their beck and call”.

Waypoint Robotics was previously known as Stanley Robotics but has now rebranded and redesigned its website and other marketing material.

Jason Walker, CEO and co-founder of Waypoint Robotics, says the company will “continue to follow the same culture and standards” as the companies from which they spun off – Stanley Innovation and Stanley Elevator.

Walker says: “At Waypoint, we are laser-focused on developing autonomous mobile robots that are accessible to everyone who needs them.

“In the USA, only about 10 per cent of the companies that could be helped by automation are taking advantage of the technology.

“With the pressures of the global economy and the tightening labor market, small businesses must automate to survive.

“Our goal is to make robots that are technologically and financially accessible to small and large businesses alike.”

The company says Vector is “perfect for the laboratory or factory floor. Vector comes fully equipped and ready for use – a truly turnkey autonomous robot”.

Walker says Waypoint’s robots are not only being used as platforms for the latest robotics research projects taking place at today’s top colleges and universities, but they are also “already hard at work in manufacturing, industrial, and commercial facilities”.

“We are making robots so simple that they can be set up and used by a shipping & receiving clerk just as easily as a forklift or pallet jack.

“These robots aren’t meant to replace our great American workforce – they are meant to empower them.”