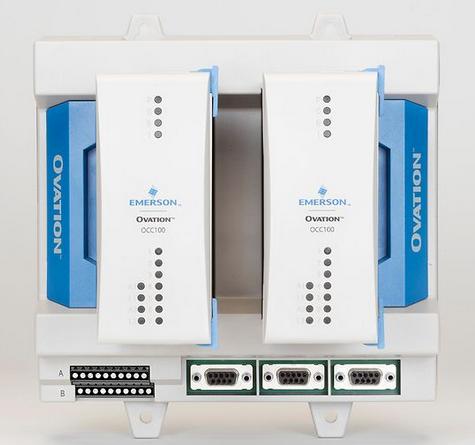 Emerson, a global technology and engineering company, has introduced automation technology for utilities and independent power producers that rely more and more on diverse renewable energy sources and that serve the fast-growing microgrid market.

With renewable electricity capacity expected to expand by over 920 gigawatts – an increase of 43 percent – to 2022, according to a 2017 International Energy Agency report, the OCC100 controller is particularly attractive to power generators with growing and diverse renewable generation portfolios (including hydro, solar and wind) and microgrids that rely on a variety of distributed energy resources.

The OCC100 offers remote monitoring and control capabilities for wind farms spread out over a wide geographic area and the ability to operate in the higher ambient temperatures associated with solar facilities.

For microgrids, it provides a single point of control for performance optimization. Similarly, the new controller efficiently monitors and controls remote pump stations critical to collecting, treating, storing and distributing water to homes and businesses.

In addition to operating independently, the new controller can be merged into a larger, Ovation distributed control system offering greater visibility into plant-wide operations.

The controller also features integrated wide-area technologies that allow it to control geographically dispersed equipment using cell or other wireless technology. This capability will help power generators harness the benefits of Industrial Internet of Things (IIoT) like never before.

“Traditionally, the power generation industry has been slow to change. But now with microgrids moving into the mainstream and an increased reliance on renewable energy, it’s really a brave new world,” said Bob Yeager, president, Power & Water, Emerson Automation Solutions.

“We’re adapting to the changes we’re seeing in the global power markets, offering our customers the enhanced flexibility they need to thrive in this changing landscape.”