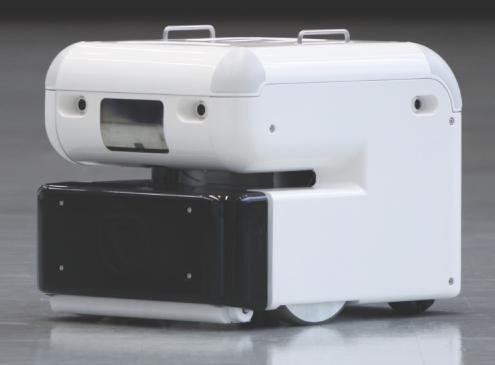 Cyberdyne and Sumitomo Corporation have agreed to work together to automate and streamline office building cleaning, signing a memorandum of understanding on March 26, 2018.

In 2001, Sumitomo Corporation installed a cleaning robot system at its headquarters in Harumi Triton Square, Tokyo, where it is still in use today.

However, the robot faced several challenges such as only recognising its position from magnetic tapes that were built into the carpet floors and only cleaning the routes that were preprogrammed, limiting its range of cleaning to the common area.

In 2013, Cyberdyne worked on the development of a new cleaning robot that could move without magnetic tapes or similar guide systems that require installation on building floors.

As CL02 is free from those guide systems and is capable of setting its cleaning areas autonomously or under the minimum guidance of the operator, it could now clean the specific areas in addition to the common areas of the office buildings.

They will also work together on further verification towards the improvement of cleaning efficiency, such as making CL02 get in and out of the lifts autonomously.

While lack of manpower due to an ageing society is becoming a primary concern on cleaning sites, Cyberdyne and its Cleaning Robot CL02 offers a new way of cleaning where the operator could interactively work side by side with the robot.

CL02 will maximize the cleaning efficiency of each operator, enabling him/her to constantly conduct high quality cleaning with a minimum number of staff members.

Compared to its previous model, CL02 is faster and capable of covering wider areas. It can also identify objects in its path through 3D cameras and generate a map that analyses the volume and location of dust found.