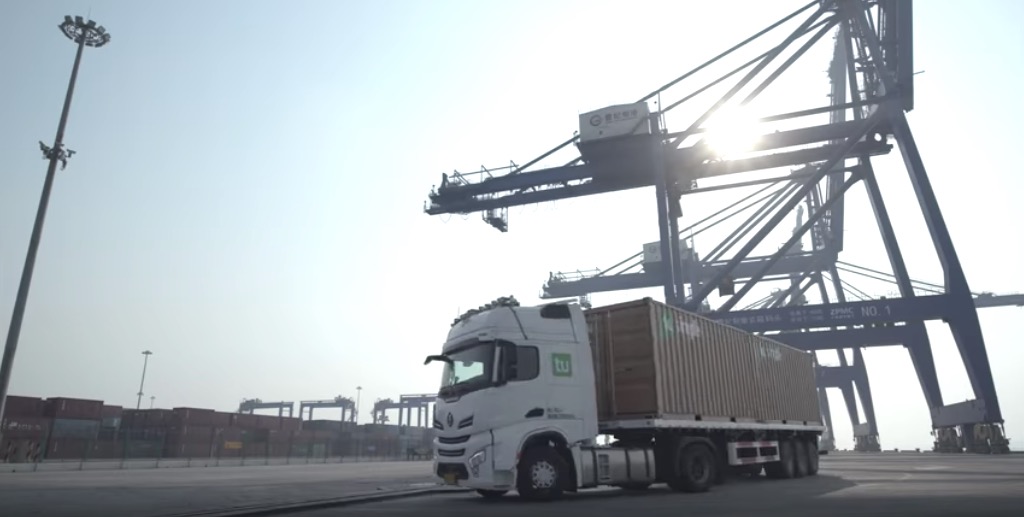 TuSimple is a Chinese company with big-name investors in the US, including chipmaker Nvidia.

It was founded in 2015 and has so far raised $55 to develop its autonomous truck technology, which the company has already demonstrated at various trade shows, including at CES earlier this year alongside Nvidia.

TuSimple’s trucks have what is referred to as “Level 4 autonomy”, which is defined by the international engineers’ association SAE as being “high automation”.

SAE’s full list of automation levels goes from 0 for no automation to 5 for full automation.

Many observers say that autonomous vehicles are more likely to be seen first in the logistics sector because they will mainly operate within restricted areas, such as ports or industrial estates or mines.

A number of companies – including startups like TuSimple and established auto giants such as Daimler-Mercedes – are developing autonomous trucks which are likely to be rolled out in the next couple of years.

The only thing holding them back seems to be regulatory authorities and governments who are concerned that they are not safe enough around other traffic.

Industry technologists say driverless vehicles are ready for public roads and, in fact, will be safer than human-driven cars.

But the public is yet to be convinced for all sorts of reasons.

However, if they are kept in private restricted areas such as ports and mines, where there are either relatively few or no humans, then health and safety rules are pretty much the only things to be considered, rather than other rules of the public roads.

“Autonomous logistics solutions will be more cost efficient for ports,” said Hao. “It represents the trend to follow in the future.”

Xue Jiancong, assistant president of TuSimple, said: “We are preparing for a full commercialisation by 2020.”