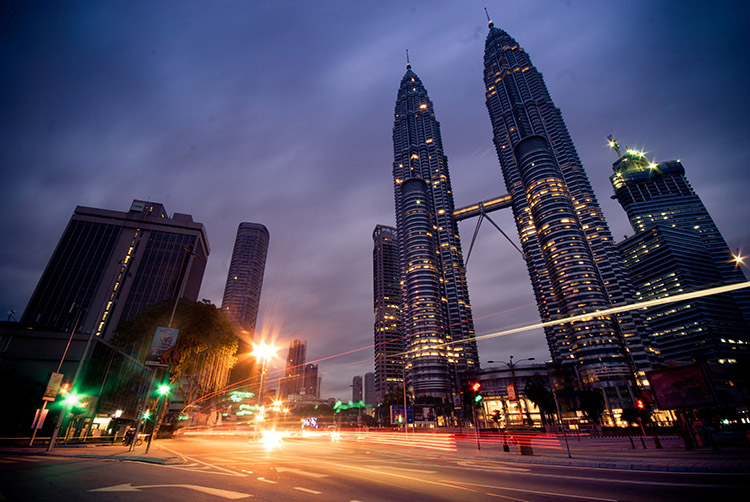 The largest port in the country is said to be Port Klang, which used to be called Pelabuhan Swettenham. Like any major port, it has road and rail connections to the rest of the country and beyond – to Singapore and Thailand among other places.

Located less than 40 kilometres southwest of the capital, Kuala Lumpur, Port Klang has been seeing an increase in trade every year for the past decade.

There are certainly challenges ahead for Port Klang as well as for all the ports in Malaysia. Dynamic Singapore is nearby and so is the sprawling archipelago of Indonesia, and both are well placed to provide port services, and Singapore Port, in particular, is taking a significant amount of business away from Port Klang.

However, Datuk Tan Chong Seng, chairman of the Port Klang Free Zone, is positive. Tan told Malaysia’s The Star newspaper that PKFZ has successfully positioned itself as “a much-sought-after regional investment location”.

But competitive challenges are increasing, and this is partly the reason behind the government increasingly encouraging and supporting trade shows which are not only trying to consolidate the country’s strengths but are also designed to develop new markets in advanced industries, such as robotics and automation.

Malaysia’s Ministry of Transport and its Investment Development Authority have put their weight behind events such as Logisware, a logistics trade show organised by a private company called One International Exhibition.

Logisware’s third annual event is scheduled for later this year, from September 5th to 7th, and the venue is Setia City Convention Centre, in Selangor, Malaysia.

This year’s event could be more important than the past three because of the increasing amount of robotics and automation technology being introduced to the logistics sector.

Logisware hosted almost 100 exhibitors last year, and they showcased a range of systems and solutions, including:

These are all standard technologies and aspects of today’s logistics industry, but it’s likely that the emphasis this year will be more on automation technology because that is the way the world is going at the moment.

Port operators worldwide are said to be investing more in such things as:

Some of these new technologies can and will be expensive of course at first, but in time and as their return on investment becomes more attractive, they will become essential purchases.

And that’s mainly the technology designed for use within a facility like a warehouse and in its immediate area, such as a port.

Longer-term, it’s inevitable that we will see driverless trucks carrying shipping containers and even ships of many sizes navigating themselves through the world’s oceans and seas with no humans needed – just a computer program.

And Malaysia looks to have noticed and is busy developing ideas about how to integrate robotics and automation technologies into its logistics and other sectors if another trade event is anything to go by.

Robotex is a new event planned by the same company which has been organising Logisware for the past three years.

The first of what is planned as an annual Robotex show is to run alongside Logisware at the same time and place.

One International says the Robotex event is “a professional robotic platform designed for the market players and industry stakeholders to explore the emerging robotic technology that is setting foot in various industries”.

It adds that Robotex aims to gather leading companies in Malaysia and visitors all under one roof to share and exchange ideas about the fast-growing technology trends that can make businesses thrive by delivering insights, understanding and highlight “exceptional business opportunities that lie ahead”.