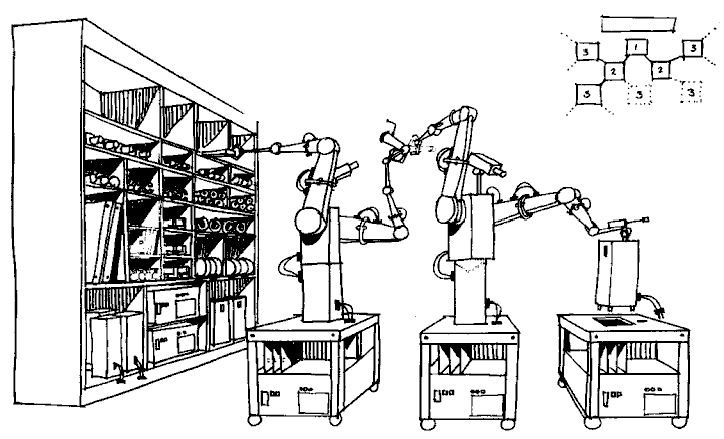 The Organisation for Economic Cooperation and Development, which counts all leading countries as members, says automation technology will affect 14 per cent of jobs.

Some might say this is quite a significant number of people, while others might argue this is an under-estimate.

In its report, The Future of Work, the OECD says: “The future of work offers unparalleled opportunities, but there are also significant challenges associated with these mega-trends.”

It goes on to say that 14 per cent of all jobs are “highly automatable”, and another 32 per cent “could face substantial change in how they are carried out”.

In a briefing paper, Stefano Scarpetta, director for employment, labour and social affairs, OECD, says the highest risk of automation is concentrated in routine jobs with low skill requirements.

Indeed, while it’s often jobs paying low wages that are most likely to be automated, the lowest risk applies to a broader range of jobs from professionals to social workers.

This is not always the case, since Moravec’s paradox shows that artificial intelligence – of which automation can be seen as being a part – is usually better at replacing highly skilled jobs that require more intellectual effort.

Meaning such jobs as legal assistants, accountants and stock market traders – and journalists.

Nonetheless, Scarpetta continues with the point and says training is not helping – mainly because people are not participating in training.

As well as low-skilled, low-paid workers being at risk of automation, the OECD says younger people entering the jobs market may find it “more difficult” because “entry-level positions have a higher risk of automation than jobs held by older workers”.

Scarpetta does include some qualifiers, however, saying: “These estimates are subject to considerable uncertainty. Moreover, not all jobs that are technically automatable will disappear. Other jobs will also be created and so employment in total may continue to rise.”

Scarpetta adds: “Much of the variation in the risk of automation between industries and occupations reflects the way jobs are organised.

“Jobs with a smaller proportion of routine tasks or a more-balanced mix of routine and non-routine tasks have a reduced risk of automation. Hence is it is crucial to promote good practice in work organisation within firms and across industries.”