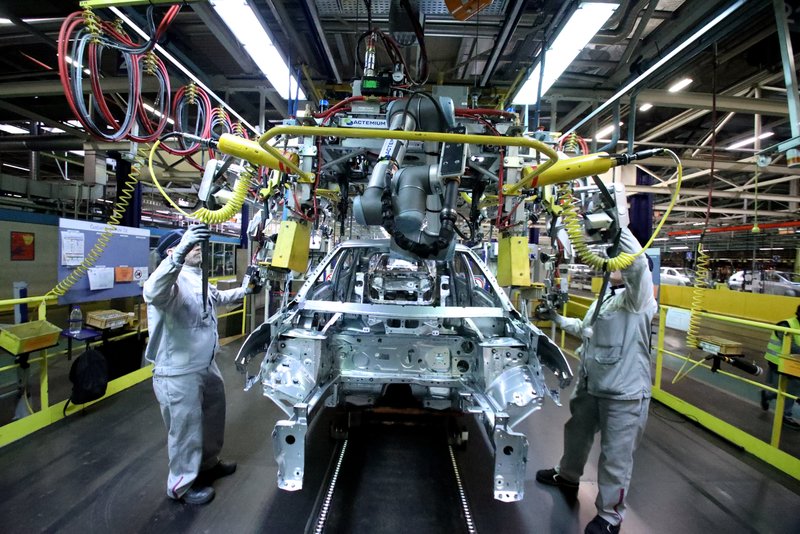 Results of the new robotic assembly system include improved worker ergonomics and cost savings of two to eight Euros per car, which represents up to 400,000 to 1,600,000 euros in initial cost savings.

“We chose the UR10 robot for its reach, ease of programming and safety, but we’ve been extremely impressed with how quickly this initiative paid for itself,” said Cedric Grandjean, Architect Element Specialist, Finish Assembly Line at Groupe PSA.

“Typically, when we implement new robots, we expect an initial loss in production that is made up over time, but that didn’t happen in this case. In fact, our return on investment has been between six months and one year, depending on the site where the robots are deployed.”

Group PSA first updated its site in Sochaux, France, which manufactures 400,000 vehicles per year, with a new assembly line that incorporates UR10 robots in a unique collaborative screw-driving operation.

The robots, which have a reach of 1300 mm, are mounted on a moving platform that goes under the vehicle in production. Operators pull the vehicle into place and the robot manages the ergonomically challenging screw-driving operation under the vehicle while the workers continue with other assembly tasks.

The collaborative robots include built-in safety mechanisms that allow operators to work alongside the automated system without risk of injury.

It took a month for Group PSA engineers to program the robots and the system was implemented throughout the Sochaux site in eight months. Group PSA has since filed national and international patents for the application, including the integration of the UR10 robots, deploying the system throughout its European plants in France, Spain and Slovakia.

“The earliest use of robots was in the auto industry, but the vast majority of these automation applications are in the heavy body and paint shop part of production, while assembly predominantly still uses manual labour,” said Jacob Pascual-Pape, General Manager of Southern Europe operations at Universal Robots.

“That makes this application highly significant. UR cobots are now taking over tasks such as intricate screw-driving on the automotive assembly line, relieving workers from ergonomically unfavorable work in a production environment that isn’t conducive to traditional industrial robots.”