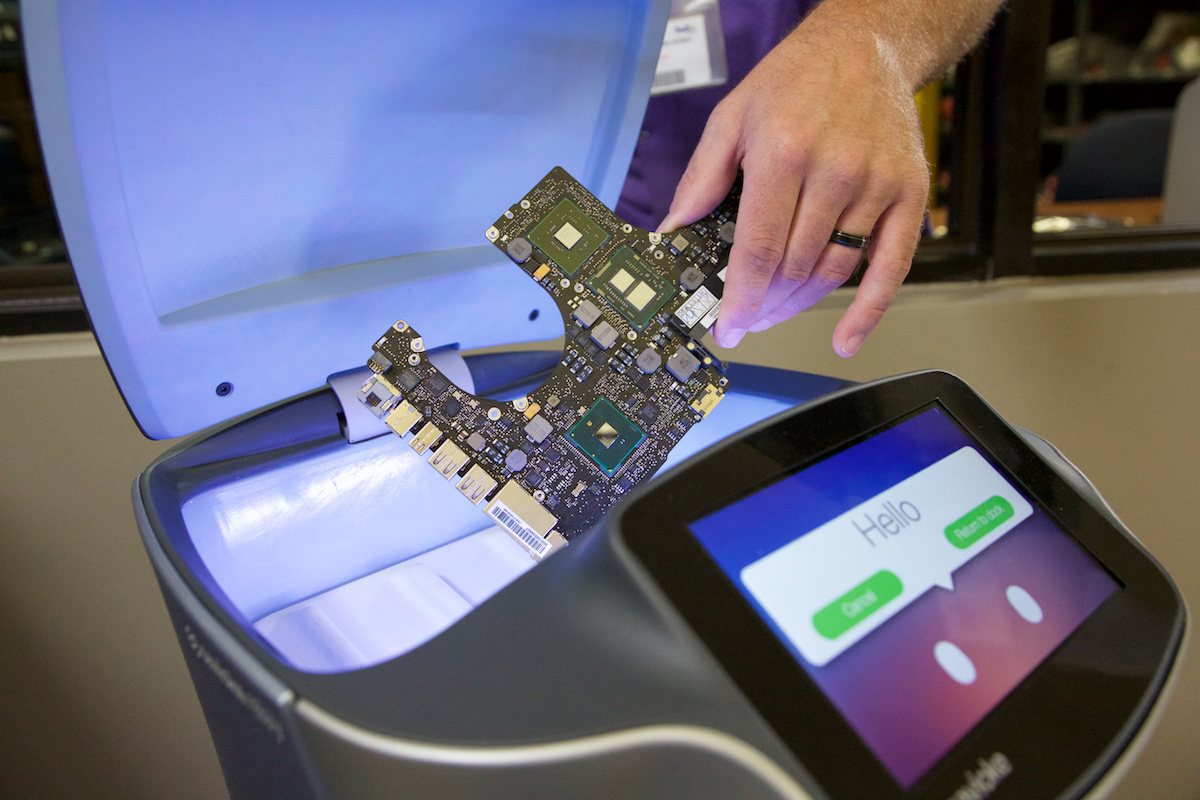 Logistics company FedEx is reportedly increasing its robotics operations to see off the challenge from Amazon, according to the New York Times.

The company has been testing a number of robotic vehicles in its warehouses since last year and is said to be ready to take the next step.

FedEx is said to be partnering with Vecna, a supplier of logistics robots, to automate its warehouses and take the load off human employees.

FedEx also seems to be employing Savioke robots (unit in main picture) for work in the repair and maintenance department.

But while the robots are said to be replacing some roles that humans perform, they are not taking their jobs.

Meaning, while the robots perform some tasks, other tasks will continue to be undertaken by human employees.

Galen Steele, senior manager at one of the FedEx depots where robots are being tested, tells NYT: “I understand people thinking this will take their jobs. But over time, they realize that is not the case at all.”

The move toward roboticisation and automation of warehousing may have happened and progressed anyway, but the way Amazon has grown its logistics operations worldwide may be a factor motivating the large logistics companies to increase their expertise in this emerging technology.

Amazon is thought to be the world’s largest online retailer, and over the past few years has also grown into one of the world’s biggest logistics companies.

The acquisition of Kiva Systems, the builder of its small robotic platforms for warehouses, for $775 million in 2012, proved to have been the key which unlocked the logistics sector for Amazon Robotics, a relatively new business unit.

Amazon is estimated to have anywhere between 50,000 and 100,000 of the small robots working in its warehouses worldwide.

This probably makes it the most robot-heavy logistics operation in the world.

And although Amazon’s logistics revenues may not be quite as high as FedEx’s $60 billion annually, the online retailer may have surprised some people recently by revealing that its logistics operation generated $6 billion in one quarter in the early part of last year.

That would equate to around $24 billion annually, which probably means Amazon is now a top-10 logistics company globally.

As well as FedEx, UPS, the US Postal Service, and DHL have also been looking into robotics and automation to streamline their operations.

DHL has been working with Fetch Robotics and a number of others, while USPS is said to be partnering with a company called Workhorse on an electric van-drone combination.