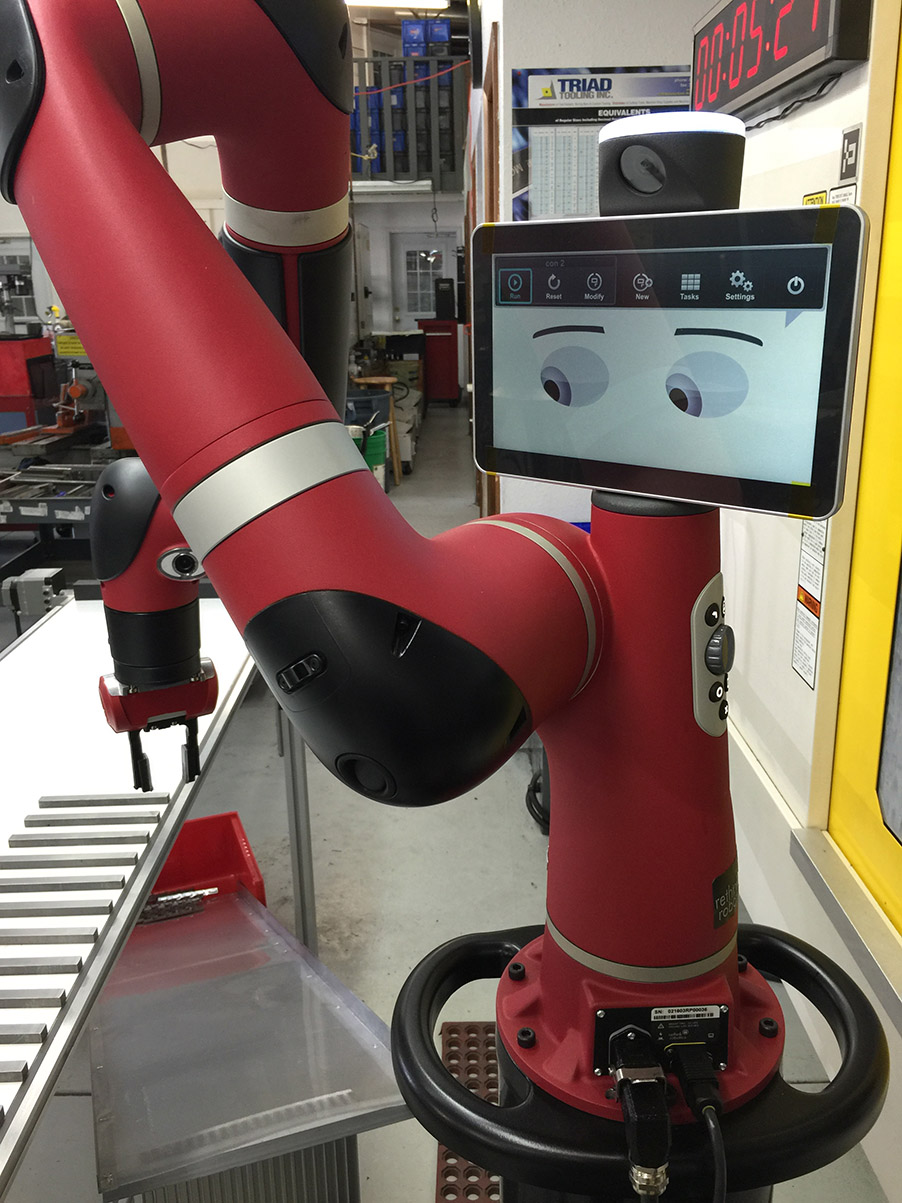 Sawyer is characterized by intelligent force control, which enables the precise and appropriate use of force when handling electronic components, fragile parts and high-quality accessories.

For example, Sawyer can be used to assemble highly sensitive circuit boards or in the area of quality control for circuit board testing.

Testing circuit boards is a simple, but time-consuming process. Bottlenecks can quickly arise if employees are needed for more complex production steps.

ASM Assembly Systems, a supplier of packaging and electronic manufacturing components, has launched Sawyer in its Munich, Germany factory.

ASM has set itself the goal of relieving skilled workers from monotonous tasks to get the most value of their labor.

The company uses Rethink Robotics’ Sawyer robot in its production facility to insert circuit boards into a test adapter, check for defects and sort the boards according to the test results.

In this way, employees can devote themselves to more complex tasks while the robot carries out the monotonous test procedure.

Many electronics companies use collaborative robot solutions in the direct vicinity of their employees.

Darius Wilke, director of European business at Rethink Robotics, says: “With Sawyer, Rethink Robotics offers companies a smart, secure and easy to implement solution that enables them to drive forward the automation of their manufacturing processes in a result-oriented manner and with the necessary adaptability.

“Companies like ASM, where the digital factory has already become a reality, can also use Sawyer to capture and visualize production and performance data and feed it directly into their production IT and data analytics systems.”