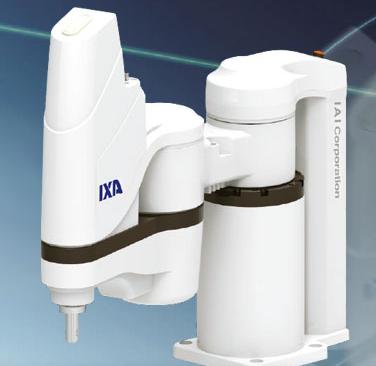 IAI has released a new Scara robot, the IXA Series Scara, which the company says has much faster cycle times than previous models.

The robot is claimed to be low price, giving low vibration accurate positioning. It is equipped with a battery-less absolute encoder as standard.

The robot is suitable for applications such as high-speed transport to touch panel inspection boxes, high-speed parts assembly, and pick up and place of radiators and chips.