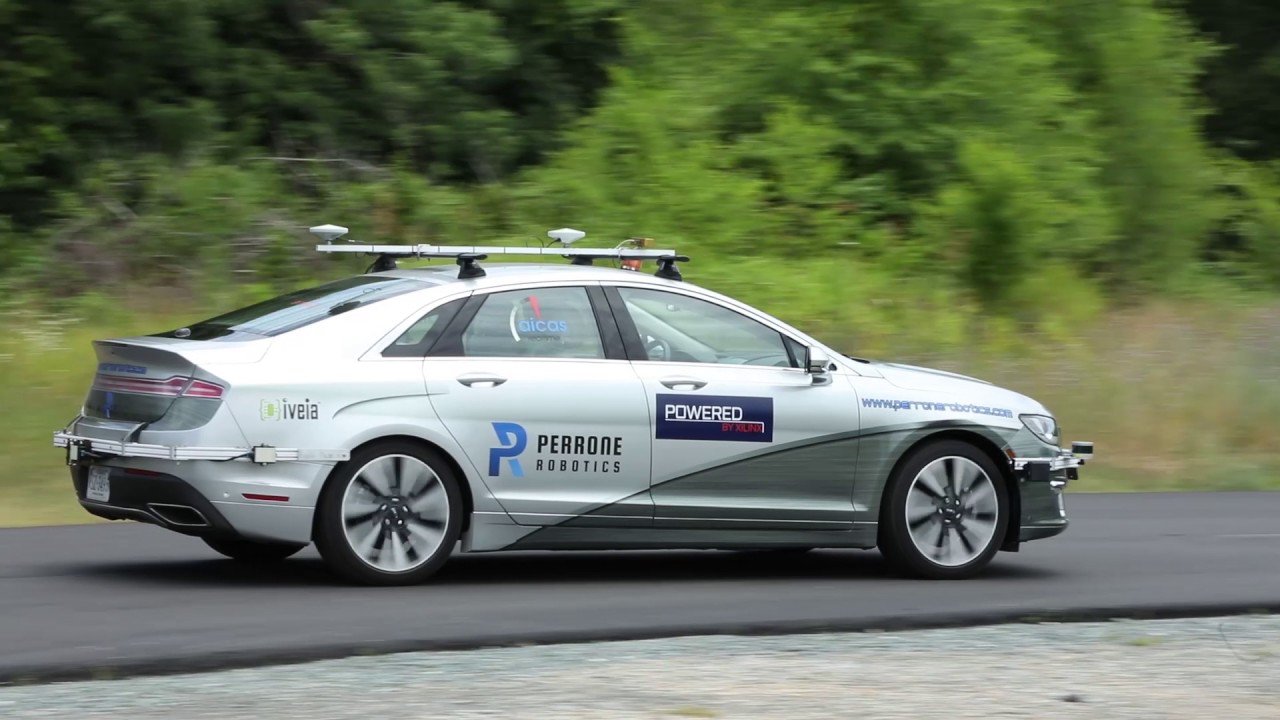 The company says its MAX robotics platform enables companies at “any stage to quickly design and build a broad range of robotic products and applications”.

The company was awarded a continuation of its earlier US patent (No. 9,195,233) that addresses the ability of its MAX platform to control a wide range of autonomous vehicles including robots, carts, shuttles, automobiles, trucks, aircraft, and watercraft.

The new patent, US patent no. 9,833,901, expands on the original patent covering Perrone Robotics’ technology that makes it easier to develop and deploy reliable and capable robotics solutions with very little programming.

The original patent covering a general-purpose robotics platform was filed in February 2006, well before many robotics and autonomous vehicle companies were founded.

The company has been engaged in the development of its MAX platform to enable solutions across consumer, commercial, and industrial vehicles.

Over the past few months, the company has also entered into strategic agreements and partnerships with industry leaders including Liebherr, one of the world’s largest manufacturers of mining and construction vehicles and machinery, and Intel and Intel’s subsidiary Wind River.

The company is also actively working with a number of undisclosed automotive tier-one customers and technology partners to license and implement the MAX platform, including a leading PC manufacturer.

Additionally, PRI has engaged in a ground-breaking collaboration with Professor Robert Hecht-Nielsen of the University of California, San Diego’s Vertebrate Movement Laboratory and its research team on advanced machine learning methods for autonomous vehicle perception and control.

Paul Perrone, founder and CEO of Perrone Robotics, says: “The market for autonomous driving technologies has become unduly frothy even though those solutions offer isolated or highly-constrained applicability.

“Our platform addresses the market opportunity and demand for the general mobility of things and is the only common platform for developing and deploying autonomous vehicles, ranging from a vacuum cleaner to a car to mining or farming equipment.

“The new patent is a direct result of 14+ years of research and development in autonomous mobility and robotics.

“Our MAX technology represents a unique and modular platform that accelerates the development, production, testing and certification of reliable, safe and high-performance autonomous and robotics solutions across all types of moving things.”

To demonstrate the scalability of its platform, PRI is conducting extensive research and development, and testing its platform on various hardware from multi-core CPUs, GPUs, and FPGAs down to something as simple and inexpensive as a Raspberry Pi.

The ability to deliver complex solutions across a range of hardware illustrates not only the efficiency of the code, but also the platform’s ability to allow original equipment manufacturers to layer on, or forego, advanced processing as needed.

Developers don’t have to be locked into high-powered, energy-consuming systems, but instead can apply as many or as few autonomous components as needed.

This approach illustrates PRI’s contrarian model of optimally layering on adaptive processing rather than starting with solutions that consume a lot of resources and require complex training and execution models.

Over the last two years, Perrone Robotics has been actively cultivating strategic funding and partnerships while licensing and developing its technology with industry leaders.

Intel Corporation and PRI also entered into a business collaboration agreement, under which they agreed to collaborate on certain technical, marketing and sales activities.

As part of this collaboration, Perrone works closely with Intel’s portfolio of automotive assets, including Intel’s subsidiary Wind River.

In December 2017, the company announced an agreement with Liebherr to support autonomous development for the world’s largest mining haul truck. PRI is actively working with Liebherr’s Mining Group to integrate PRI’s MAX platform into their autonomous vehicles.

In 2017, the company also announced important additions to its board of directors.

Technology innovator and entrepreneur Nolan Bushnell, the founder of Atari, joined the board to provide insights and strategic counsel on innovation, business and robotics.

As well, the visionary creator of the Java programming language, James Gosling, joined as a strategic advisor to the company.

Paul Perrone led a team that participated in the 2005 DARPA Grand Challenge and 2007 DARPA Urban Challenge.

In 2012, Perrone created a next-generation robotic collision-avoidance test system under an engagement with a national institute for automotive safety.

The resulting Automated Vehicle Test System included a drop-in-autonomy kit for rapidly converting any test vehicle into an automated vehicle.