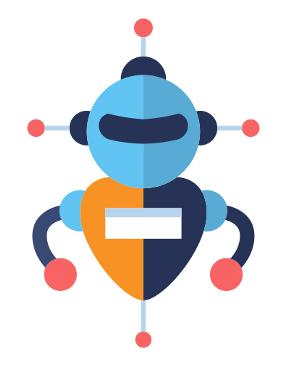 Nearly half (42 percent) of U.S. managers say that automation and robotics will lead to a net loss of jobs in their respective industries, compared with just 18 percent who say that automation will help to create jobs, according to a new study from MindEdge Learning.

Managers at companies that have already adopted robotics and automation, a clear majority (52 percent) expect that automation will lead to job losses.

Of managers at firms that have not yet adopted robots and automation, only 15 percent say their employees are concerned about their job prospects over the next five years.

Conducted by Research Now, MindEdge’s Robomageddon: The Skills for the Future Study probed the attitudes of 1,000 U.S. managers (or higher) about the rise of robots and artificial intelligence in the workplace, and which skills will future-proof workers’ careers as automation takes root across industries.

One in three managers (33 percent) report that their companies have adopted robotics or other forms of advanced automation. Adoption varies across industries, with manufacturing (58 percent) and technology firms (56 percent) adding robotics and automation at the highest rates.

The presence of automation is the lowest among retailers at 18 percent. Of note, managers at small businesses (1-99 employees) say their employees feel the least threatened, with 23 percent reporting they’re worried about job security over the next five years.

Managers of medium-sized businesses (100-500 employees) report the highest level of concern among their employees (35 percent).

Overall, managers think that both hard and soft skills are needed in their workers. Yet about 40 percent of managers report that their employees are currently lacking in both areas.

The question of how employees can stand out from their automated counterparts is a complicated one – but overall, creative and critical thinking were identified as the two skills that most clearly distinguish humans from robots.

Below are the soft skill sets that will likely separate humans from robots, per the findings:

Frank Connolly, a senior editor at MindEdge, who oversaw the research, said: “Identifying the crucial skill sets that will separate human from robot – and improving on those skills sooner rather than later – is what will provide the competitive advantage in the (not so distant) future of work.”