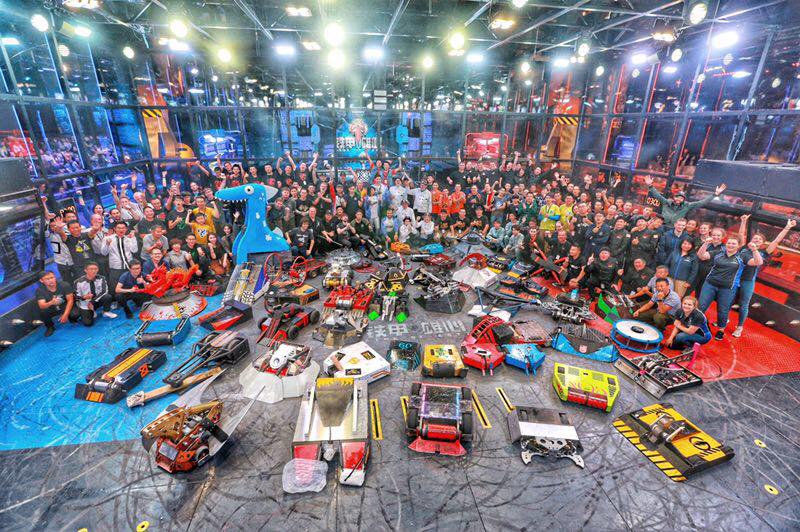 Chinese television stations are being overrun by fighting robots if a report on Qz.com is to be believed.

The website claims that numerous TV shows are in production ready for broadcast this year, with one show – King of Bots, produced by Zhejiang TV – already proving a success.

All shows feature battling robots built by enthusiasts who have grown up watching similar programmes produced in the US and elsewhere.

Generally speaking, these shows feature two robots built by two teams which battle it out inside an arena, and whichever robot is still working after the clash is judged to be the winner.

One American show, BattleBots, is said to be a particular inspiration for Chinese roboticists and TV producers alike.

BattleBots was said to be a popular show in the US and had a following in China and was revived in 2015.

Now, Chinese TV producers are planning shows with names like King of Bots, Clash Bots and This is Bots, with the last one being backed by e-commerce giant Alibaba.

The prize money offered in these shows can be significant, with one competition offering its winner almost $80,000.

Although there’s no evidence to suggest that the Communist Chinese government has directly instructed TV producers to develop robot shows for propaganda purposes, the national leadership has been on a campaign to encourage more innovation in robotics and artificial intelligence, although mainly in the industrial sector.

Some people believe TV shows can directly encourage innovation as well as inspire younger generations to become interested in robotics.

Chen Wei, who works for streaming service iQiyi as producer of Clash Bots, says: “China is still lagging in some industry sectors. If the game becomes popular and more people get inspired by it, our technology will probably also improve.”

Yet another TV show recently finished a three-day competition in China that it says marks the “first major combat robot event with record attendance and incredible international interest”.

FMB, short for Fighting My Bots, (pictures below), is a Chinese organization that is developing combat robot sporting events all over the world and welcomes international teams to compete in events.

Now, FMB is announcing the 2018 World Cup schedule to appeal robot combat lovers from all over the world to compete and win prize money.

FMB’s robotics and artificial intelligence advisers have been developing relationships with other international robot fighting leagues since 2015.

They are currently working in conjunction with popular combat robot innovators, such as BattleBots and RoboGames, as well as many other leagues from the US, Brazil, Russia, EU countries and others to arrange competitions and prize events to boost interest and participation in robot combat culture.

Zhang Hongfei, CEO of the Shanghai-based FMB, says: “The competitions have spread across the world and received a great deal of attention.

“We must hurry to keep up by establishing our own competition and hopefully, with the help of organizers, robotics clubs and competitors, make our competition a global one as well.”