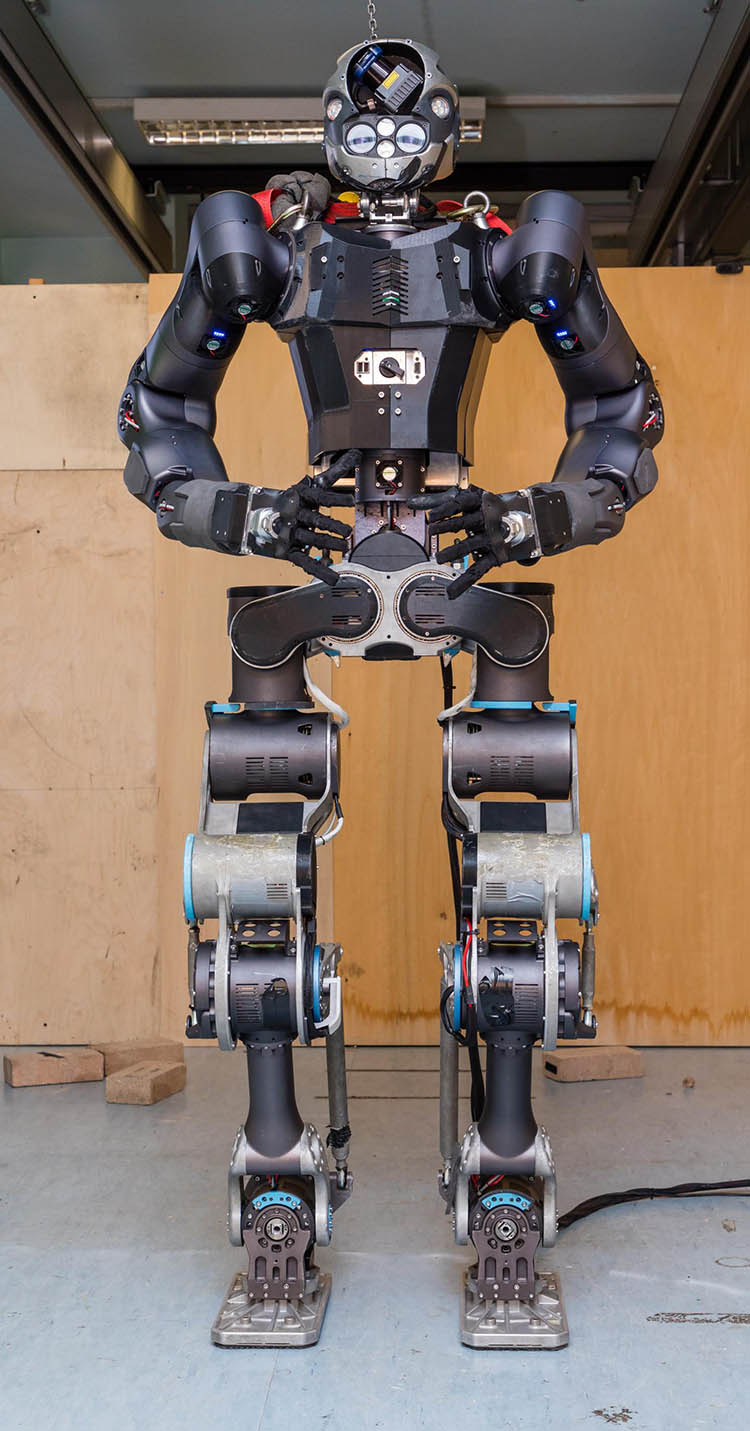 Scientists in Europe have demonstrated a humanoid robot which can put out fires and do similar kinds of dangerous work in the aftermath of an industrial accident. (See video below.)

The research project was led by the Istituto Italiano di Tecnologia, and was conducted in collaboration with University of Pisa in Italy, the École Polytechnique Fédérale de Lausanne in Switzerland, the Karlsruhe Institute of Technology in Germany and the Université Catholique de Louvain in Belgium.

The humanoid robot is called Walk-Man, and was funded within a project of the same name by the European Union through the European Commission.

The Walk-Man robot has undergone numerous tests since development work started a couple of years ago.

During the final test, the robot Walk-Man dealt with a scenario representing an industrial plant damaged by an earthquake and where gas leaks and fire are present, thus a dangerous situation for humans.

The scenario was recreated in IIT laboratories, where the robot was able to navigate through a damaged room and perform four specific tasks:

The robot is controlled by a human operator through a virtual interface and a sensorized suit, which permits to operate the robot very naturally, controlling effectively its manipulation and locomotion, like an avatar.

The operator guides the robot from a station located remotely from the accident site, receiving images and other information from the robot perception systems.

The first version Walk-Man was released in 2015, but researchers wanted to introduce new materials and optimize design to reduce the fabrication cost and improve its performances.

The new version of Walk-Man robot has a new lighter upper-body, whose realization took six months, involving a team of about 10 people coordinated by Nikolaos Tsagarakis, researcher at IIT and coordinator of the Walk-Man project.

The new Walk-Man robot is a humanoid robot 1.85 meters tall, made of lightweight metal, like Ergal (60 per cent), magnesium alloys (25 per cent) and titanium, iron and plastics.

Researchers reduced its weight by 31 kilos – from the originally 133 kilos, to 102 kilos – to make the robot more dynamic.

Therefore, legs can move faster having a lighter upper body mass to carry. The higher dynamic performance allows the robot to react faster with legs, making a step to maintain its balance under the effect of physical interaction disturbances – this is very important to adapt its pace to rough terrain and variable interaction scenarios.

The lighter upper-body also reduces its energy consumption and the Walk-Man can operate with a smaller battery (1 kWh) for about two hours.

The lighter upper-body is made of magnesium alloys and composite structures, and it is powered by a new version of lightweight soft actuators.

Its performance has been improved reaching an higher payload (10 kg/arm) than the original one (7 kg/arm), thus it can carry heavy objects around and sustain them for more than 10 minutes.

The new upper body is also more compact in size (62 cm shoulders width and 31 cm torso depth), giving to the robot a great flexibility to pass through standard doors and narrow passages.

The hands are a new version of Soft-Hand developed by Centro Ricerche E. Piaggio of University of Pisa (group of Professor A. Bicchi) in collaboration with IIT.

They are lighter, thanks to the composite material used to construct fingers, and they have a better finger-to-palm size ratio (more human-like) that allows Walk-Man to grasp a variety of object shapes. Despite their weight reduction, hands keep the same strength as the original version, as well as their versatility in handling and physical robustness.

Walk-Man body is controlled by 32 engines and control boards, four force and torque sensors at hands and feet, and 2 accelerometers for controlling its balance.

Its joints show elastic movement allowing the robot to be compliant and have safe interactions with humans and the environment.

Its software architecture is based on XBotCore framework, YARP platform, ROS e Gazebo.

In the future, it can be also equipped with chemical sensors for detecting toxic agents.

In June 2015, Walk-Man was the only EU-funded project to participate to the international robotics competition Darpa Robotics Challenge, launched by the US Defense Advanced Research Projects Agency to define the technological standards of the robots that may provide assistance in natural or manmade disasters.

The challenge took place in Pomona, California, US, and the robot coped with a scenario inspired by nuclear incidents in Fukushima.

In 2016 Walk-Man was tested in the real earthquake scenario, in Amatrice, Italy, to support the civil protection bodies team to perform an inspection of a damaged house and provide information about building stability as well as recovering personal belongings safely.