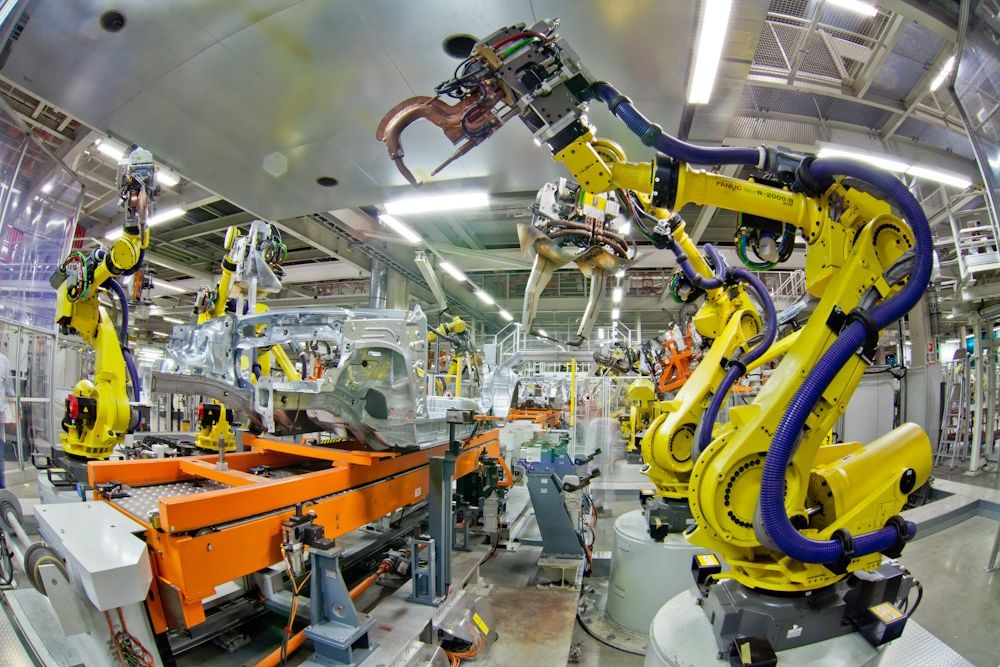 The automotive industry’s demand for industrial robots is forecast to treble in the next seven years, according to a new report.

The auto industry has always been the biggest buyer of industrial robots, accounting for almost half of all units sold in North America, according to the International Federation of Robotics.

Now, a forecast by Grand View Research suggests the automotive robotics market will grow to $13.6 billion by 2025.

This represents annual growth of almost 14 per cent from 2016, when the automotive robotics market was worth $4.34 billion, according to GMR.

The researcher says virtually all categories of robots will see growth in sales.

The articulated robot category – typified by the six-axis robotic arm – is said to have emerged as the largest segment in 2016 and is estimated to generate revenue over $8.5 billion by 2025.

The welding market for automotive robotics is estimated to reach over $5 billion by 2025.

In terms of geographies, the Asia Pacific market is projected to witness “substantial growth over the next decade”, says GMR, owing to growing adoption of automation in the manufacturing sector. The regional market is expected to grow at 14.9 per cent a year from 2017 to 2025.

Small- and medium-sized enterprises in Europe are also adopting automation due to the initiatives taken by European union to produce affordable, easy to install and modular robots.

Collaborative robots are expected to prove useful to increasing numbers of SMEs in their manufacturing process and reduce their production times and labor costs.

Almost all the leading robotics companies have launched robotic arms and collaborative robots aimed at SMEs, but often these robots are also bought by automakers and other large industrial companies for operation alongside traditional industrial robots.

Meanwhile, the automotive market itself is undergoing what’s been described as a “once-in-a-generation transformation” for a number of reasons.

One reason is that more and more people are buying electric cars, or new-energy vehicles.

Another factor is that increasing number of new cars integrate much more electronics because of higher levels of connectivity and autonomy.

Moreover, the way that these new types of vehicles are manufactured is also changing, meaning new applications for the industrial robots.

Currently, welding is the main activity of an industrial robot in an automotive factory.

But some new carmakers are reducing their reliance on welding, preferring other methods instead. (Read our interview with Fanuc’s automotive boss for more.)