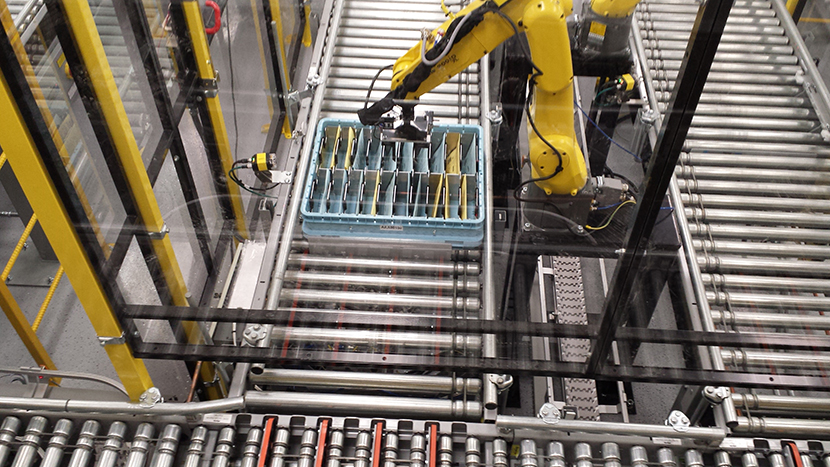 According to the Association for Advancing Automation’s (A3) annual report on automation and robotics market statistics, 2017 was a milestone year for the North American robotics market.

While automotive-related orders were down compared to the previous year (-7.3% in units and -3.8% in dollars), non-automotive orders fueled the rise in 2017 with 20.5% growth in units and 7.3% in dollars.

The industry also set records for North American shipments in 2017: 33,575 robots valued at $1.938 billion shipped to customers last year. This is an expansion of 8.7% in units and 6.9% in dollars over 2016 levels, with non-automotive related shipments once again providing the growth.

“What I find most telling about these results is not simply that the automation market continues to grow, but that it is growing in such a wide variety of industries,” according to Jeff Burnstein, President of A3. “New industries continue to embrace robotics, vision, and motion, reaping the benefits of automation.”

More imaging components and systems were sold than ever before last year as demand for machine vision solutions reached record levels in North America. In 2017, total Machine Vision (MV) financial transactions in North America grew 14.6% over 2016 to $2.633 billion.

The market began the year in the first quarter with $596.5 million in total financial transactions, increased in the second quarter to $644.9 million, and reached an all-time high of $696.4 million in the third quarter.

Despite a slight contraction, the fourth quarter was still the second best quarter ever for total machine vision financial transactions in North America, bringing increases of 16.7% to $694.8 million overall, 18.2% to $604.6 million in systems, and 5.7% to $87.8 million in components on a year-over-year basis.

Industry experts are bullish on all component markets except imaging boards (flat) for the first half of 2018. The industry also expects application specific machine vision systems (ASMV) and smart camera sales to remain flat over the same period.