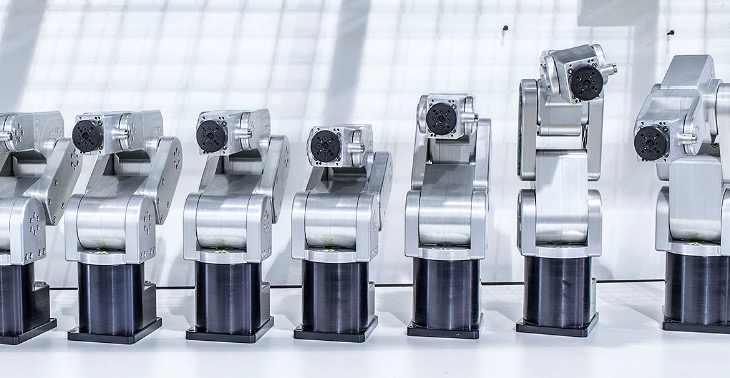 Mecademic has sold “almost 200” units of its tiny industrial robot, according to a source close to the company.

Speaking on condition of anonymity, the source claims he spoke to someone at the company and that they told him that business was going “well”.

The startup company, which currently has fewer than 10 employees, is hiring more people to cope with increasing demand.

Mecademic is especially looking forward to trade events such as EPHJ, a watch- and jewellery-making technology exhibition in Switzerland, where its integrator partner Horosys will probably have one of the tiny robots on display.

Horosys specialises in small machines for the micro technology sector.

Horosys also helps with the integration of Mecademic and other equipment into a manufacturing operation.

This integration can involve an individual robotic work cell or an entire assembly line.

The interesting thing about creating a production line which features such tiny equipment means that the whole facility may not need to be any larger than an average room in an average house.

In fact, Horosys offers something it calls the “Desktop Factory”, which is self-explanatory really, but can be configured in any number of ways depending on the work requirement.

Horosys also offers connectivity in line with what’s come to be known as “Industry 4.0” standards, complete with robots, sensors, monitoring tools, human-machine interfaces, and so on.

There are many people who have workshops perhaps fixing watches or making something. These sorts of craftspeople would probably find such systems attractive.

Such industries as watchmaking, jewellery-making and micro-electronics would be suitable for Mecademic’s robot, the Meca500 (units in main picture).

The company claims that its robot is “the most precise six-axis robot arm, boasting a repeatability of 5 μm [5 millionths of a metre]”.