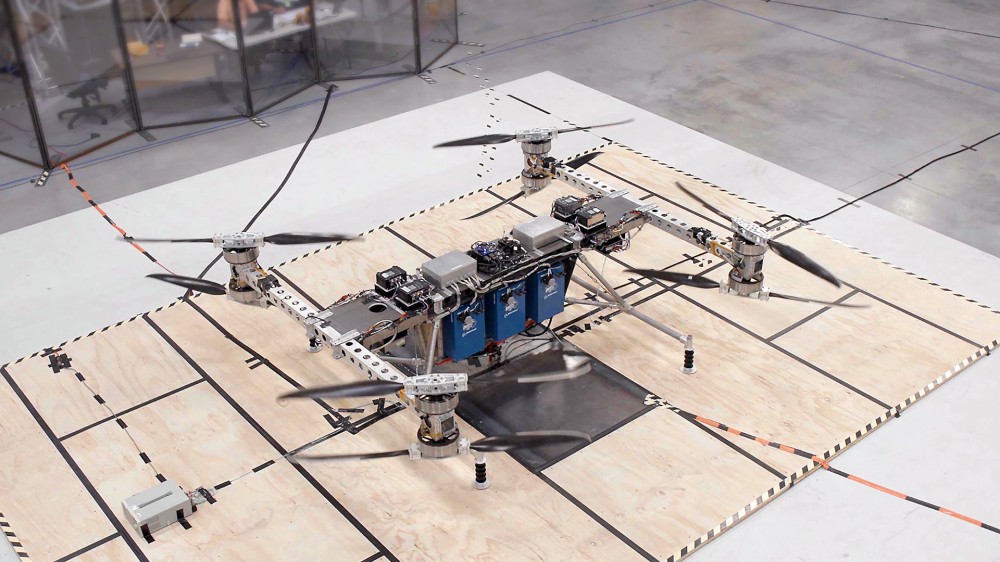 It is designed to transport a payload up to 500 pounds for possible future cargo and logistics applications.

“We have an opportunity to really change air travel and transport, and we’ll look back on this day as a major step in that journey.”

In less than three months, a team of engineers and technicians across the company designed and built the CAV prototype.

Boeing researchers will use the prototype as a flying test bed to mature the building blocks of autonomous technology for future applications.

Boeing HorizonX, with its partners in Boeing Research & Technology, led the development of the CAV prototype, which complements the eVTOL passenger air vehicle prototype aircraft in development by Aurora Flight Sciences, a company acquired by Boeing late last year.

“The safe integration of unmanned aerial systems is vital to unlocking their full potential.

“Boeing has an unmatched track record, regulatory know-how and systematic approach to deliver solutions that will shape the future of autonomous flight.”

Powered by an environmentally-friendly electric propulsion system, the CAV prototype is outfitted with eight counter-rotating blades allowing for vertical flight.

Chicago-based Boeing is the world’s largest aerospace company and leading manufacturer of commercial jetliners and defense, space and security systems.

A similar initiative to build a pilotless aircraft – of a more conventional, much larger airplane design style – has been launched by a startup company called Natilus but that has not yet reached prototype level.

Amazon has also been testing drones for delivery, but they’re much smaller, designed to carry one or two small parcels at a time.

Numerous companies are developing solutions for this newly emerging market, but Boeing’s name and the design of its new UAV – much larger than the average drone – will probably help set it apart.