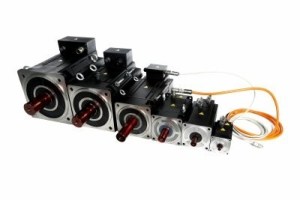 Twenty years ago, an engineer called Michael Prokopp co-developed a new concept for an electric motor, which was supposed to be far superior to the traditional motor.

The synchronous torque motor should achieve a much higher torque at low speeds and thus be more efficient than traditional motors.

If the best German manufacturer in this industry achieves an efficiency of 76 percent, then the EMF Motor is 94 percent – “a quantum leap” – said Prokopp confidently.

At the same time, an estimated half of the costs are saved. Prokopp and his colleagues worked for no less than this milestone: It’s all about replacing the conventional electric motor and mechanical gearbox, apparently.

Prokopp, currently managing director at EMF97 Gmbh, says: “The traditional system is noisy, consumes a lot of oil, is subject to wear and must be constantly maintained.”

He patented the EMF Motor principle and in 1997 together with the co-inventor Jurgen Lindner and two other partners. Then he founded the company EMF97 GmbH.

As innovative as the new electric motor was, the potential customers responded cautiously. They looked on with scepticism at the small recently founded company and the new mode of motor operation.

Functionality was not trusted.

“Nobody took us seriously,” says Prokopp.

The turning point came at a special meeting at the Hannover Fair in the year 2002.

In the Turkish businessman Hasan Kayakiran, the founders of EMF found something they did not see in Germany. Namely, belief in their product and the courage to take risks.

In cooperation with Kayakiran, a production facility was set up in Istanbul, while at the same time the development remained at the Worms location in Germany.

Today, 15 years and some 10,000 motors later, EMF has earned the trust of its customers.

The motors are used in many applications, but at the moment the biggest markets are Elevators and Extrusion machines.

For “EMF Motor”, international cooperation was an opportunity to realize the idea to build a new kind of motors and bring it into the market.

Exactly these advantages of a German-Turkish cooperation are supported by the network Global Success Club. In March, EMF was honored in Istanbul with a German-Turkish Innovation Award. It is not the first award that EMF has received in Turkey.

The company has many plans for the future. In November 2016, a new patent was filed, the new motor principle should be particularly well suited for Wind Power applications.

“We are growing extremely fast,” says Prokopp, this year sales near doubled compared to the previous year. And in the coming years, this growth should continue.

What is so special about the new EMF Motor principle?

The wound stator of the EMF Motor is almost the same as a traditional motor.

Magnets are glued to the rotor. If the motor is supplied with a voltage and a frequency, a magnetic flux is created which magnetizes the motor.

As the frequency increases, the electric field in the wound stator begins to turn.

The rotor moves in the opposite direction to the rotating field and is much slower. The number of magnets and the geometry of the motor defines the speed ratio.

With this new Motor Principle a very high torque is achieved with a low number of poles on the winding. The low copper and hysteresis losses result in very high efficiency values.

Due to the high number of magnetic poles a smooth ripple free rotation and a highly dynamic performance is achieved.

With these motors no additional cooling is required. The result is that there is no other motor principle with comparable efficiency or such a high ratio between torque and weight.