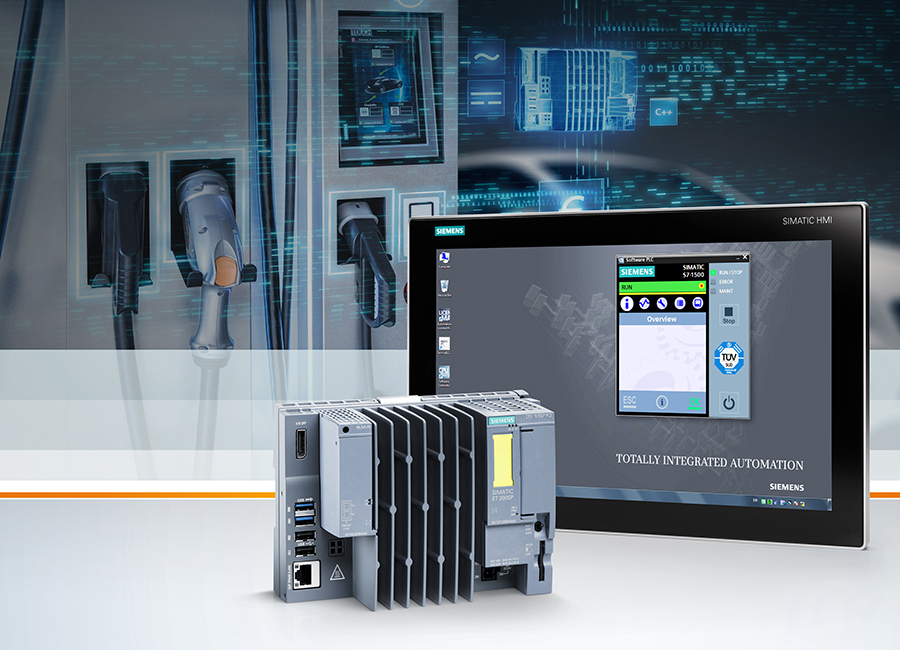 The new Open Controller, which Siemens says is “particularly suitable for series machine building”, combines the functions of a PC-based software controller with visualization, Windows applications and central I/Os (inputs/outputs) in a single compact device.

Safety functionalities have now been integrated in the Simatic S7-1500 Software Controllers for the first time, says Siemens.

This makes the CPU 1507S F the world’s only software controller with fail-safe PC-based control which is operated independently of the operating system.

What is more, installation of Windows updates and rebooting is now possible while the controller is running.

This also eliminates the need for the hardware controller that would otherwise also be necessary, thereby saving space and money and reducing engineering costs.