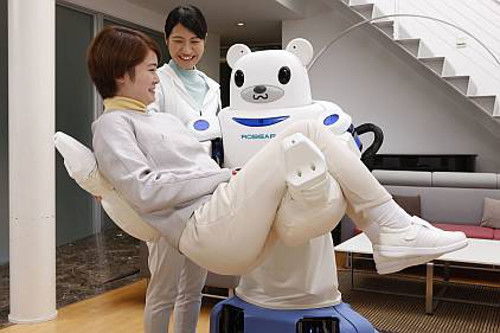 The government of Japan is planning to have robots take over the lives of the nation’s elderly citizens, according to a report in The Guardian.

Japan’s elderly people are a growing proportion of the total population of 127 million, and taking care of them is becoming an issue of increasing concern.

Currently, there are around 33 million people in Japan who are over the age of 65, which is about a quarter of the total population.

According to The Guardian, the number of healthcare workers who can take care of the elderly will not be enough to meet growing needs.

An additional 370,000 caregivers will be required by 2025 and it’s unlikely that there will be enough humans to fill those jobs.

So, the government is planning to have around 20 per cent of elderly people who need care to accept being taken care of by a robot instead of, or perhaps as well as, a human.

The government has set a time frame of 2020 for this human-robot collaborative healthcare plan.

Moreover, government-backed agencies are developing robotics solutions for the highly likely possibility that some elderly people may not have a choice but to accept having their lives taken over by a robot.

As quoted in The Guardian, Dr Hirohisa Hirukawa, director of robot innovation research at Japan’s National Institute of Advanced Industrial Science and Technology, says robots will not take over people’s lives.

Rather, the robots will ease the workload of human caregivers and provide elderly people with more autonomy.

But Dr Hirukawa did accept that robots are not perfect. “Robotics cannot solve all of these issues,” he said.

“However, robotics will be able to make a contribution to some of these difficulties.”

“On the side of those who receive care, of course initially there will be psychological resistance,” he said.

One of the nursing care robots which has gained some media attention is called “RoBear”, developed by research institute Riken and automation technology developer Sumitomo Riko.

RoBear is shown in pictures bodily lifting a human, a task which may often be required when taking care of a particularly infirm elderly person, but likely only with a human caregiver present.

Other solutions involve exoskeletons worn by human healthcare workers who may have to do similar lifting and physically strenuous work.