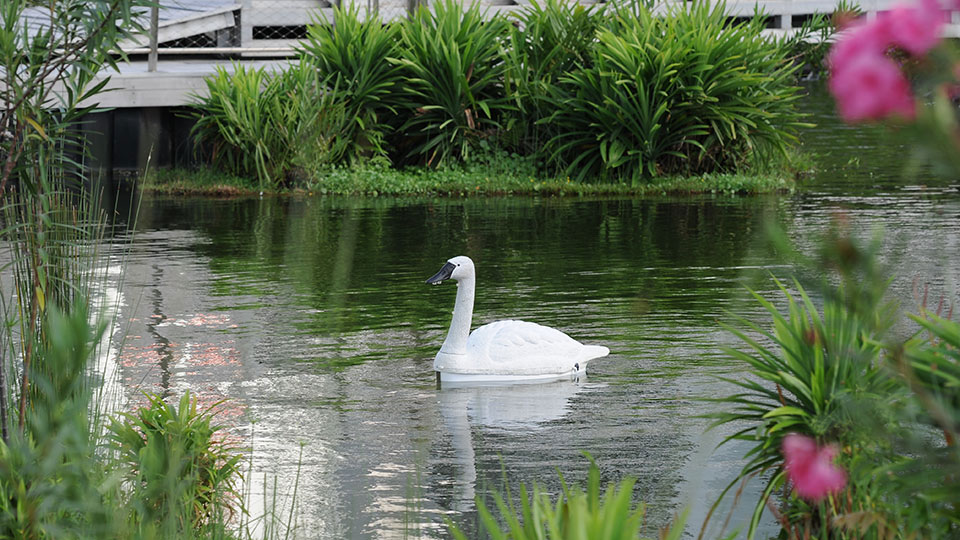 The global swan population could become extinct if mad scientists are given free reign to replace them with robotic swans they are creating in their labs.

Though highly unlikely, it’s worth thinking about, especially as some apparently sane scientists at the National University of Singapore have already started replacing real swans with robotic ones, probably not thinking about the possible future consequences of global mass production.

And they’ve even nabbed the name – their robotic swan is called “Swan”, short for Smart Water Assessment Network. It’s also super-strong – capable of withstanding collisions with kayaks and small boats.

The dastardly robotic Swan idea is designed to monitor pollution levels in reservoirs – and overthrow Mother Nature in the process, probably.

And subvert the language as well, it seems.

Not happy with the word Swan, the Singaporean scientists are calling their new batch “NuSwan”.

In a statement, the university claims it is simply engaging in “on-going research to develop low cost autonomous robotic swans capable of real-time sampling in freshwater bodies with centralized data storage tools for diverse data acquisition by autonomous sensing nodes, effective visualization as well as interoperability with existing database and prediction models”.

NUS adds that NuSwan is a cost-effective and “simple yet powerful tool to observe the water environment”, which builds on aesthetics and recreation.

According to a report on IEEE, the NuSwan can autonomously check water for such things as pH, dissolved oxygen, turbidity, and chlorophyll.

The data is then wirelessly sent to the cloud and can be analysed in realtime, says the IEEE, which claims the idea is “fun to imagine”.