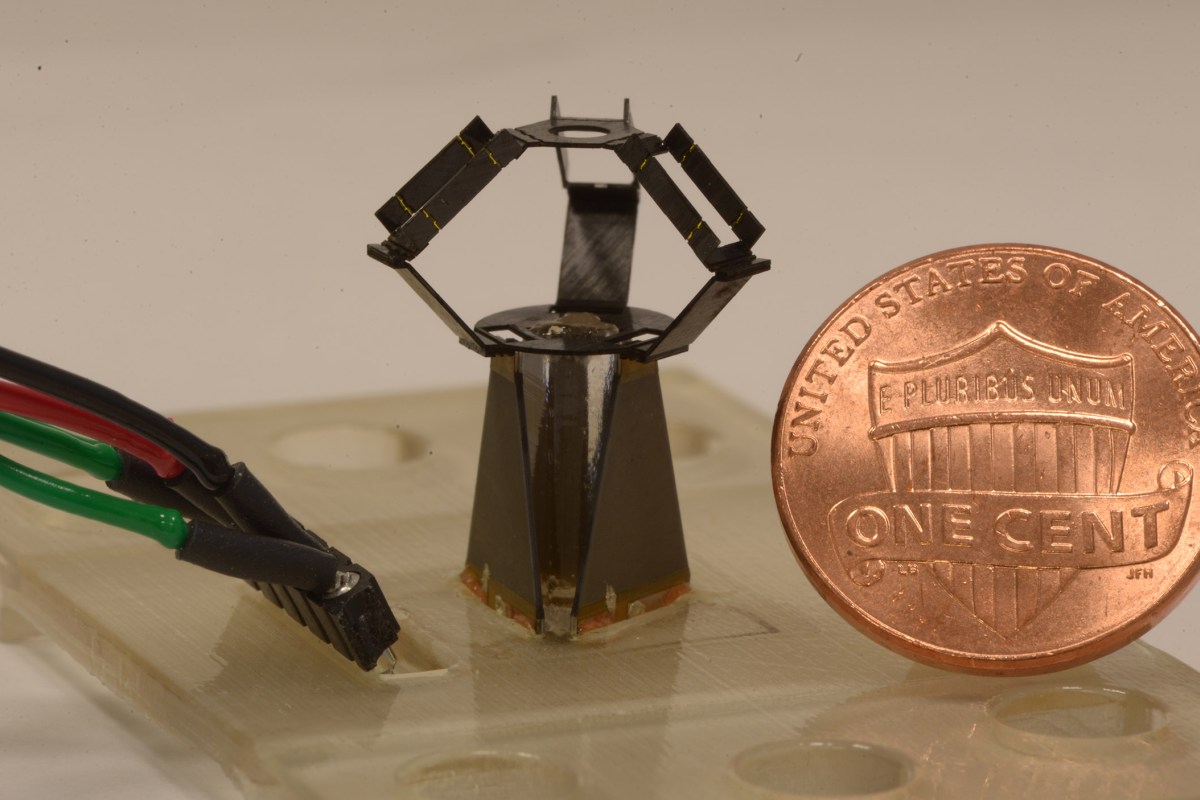 Harvard University boffins have demonstrated what must be the world’s smallest Delta robot.

The university says the tiny machine opens up new possibilities for applications in microsurgery, microassembly and micromanipulation.

Not only is the robot – called “milliDelta” – tiny, it’s also extremely fast. It’s too fast for the human eye to see what it’s doing. (See video below.)

Robert Wood, who leads the research team at the Wyss Institue, says the milliDelta can operate with high speed, force, and micrometer precision.

Wood says the milliDelta is the result of a new way of manufacturing his team developed.

The technique enables the assembly of robots from flat sheets of composite materials.

As quoted in the Harvard Gazette, Wood says the method “allowed us to rapidly go through a number of iterations that led us to the final milliDelta”.

Hayley McClintock, one of the researchers on the project, says the milliDelta uses composite laminate structure in its joints.

“With the help of an assembly jig, this laminate can be precisely folded into a millimeter-scale Delta robot,” she says.

“The milliDelta also utilizes piezoelectric actuators, which allow it to perform movements at frequencies 15 to 20 times higher than those of other currently available Delta robots.”