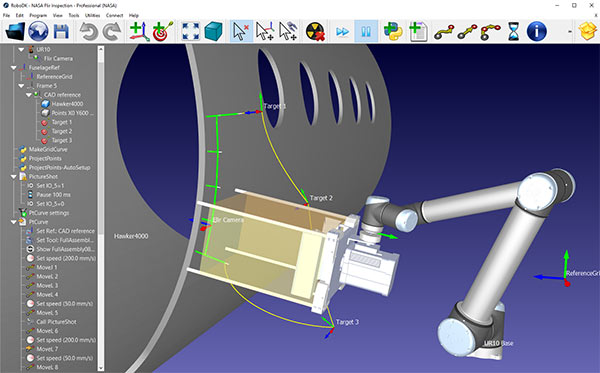 Inspecting the outer shell of an aeroplane sounds so mind-numbingly boring that it absolutely must be one of those so-called “3D” – dirty, dull and dangerous – jobs that robots are supposed to save us from.

The absolute tedium of closely inspecting every square centimetre of the surface area of, for example, a typical Boeing 747 – which is about 22,000 square feet – would inevitably mean that some tiny imperfections can be missed by human eyes.

But could robots do the job any better?

Ironically enough, it seems the answer is not yet clear, although many experts apparently believe such a solution is very close to becoming available commercially.

Certainly there are many companies developing robotic and artificial intelligence inspection systems in a variety of industries, including construction, oil and gas, and manufacturing, to name just a few.

Some solutions – such as AI-powered robot and drone inspection systems for agriculture and construction – are already available commercially.

Aircraft manufacturing, however, is a relatively new addition to this trend.

If such systems do succeed and become available, it’s likely to find wide range of applications in the industrial sector, not just in aircraft manufacturing, especially because of the ongoing changes in the materials being used to make things.

Advances in a number of technologies is opening up the whole field of robotic inspection. These include AI software and 3D – as in three-dimensional – perception and vision.

And if you’re Nasa, you implement something called “infrared thermography”.

Infrared thermography is not new, but integrating it with a collaborative robot and robotic simulation software has never been done before.

A research paper published by Nasa says the reason why such sophisticated inspection systems are required is partly because the new, advanced materials being used in the manufacturing of aircraft.

Elliot Cramer, author of the Nasa report, writes: “As the use of advanced composite materials continues to increase in the aerospace community, the need for a quantitative, rapid, in situ inspection technology has become a critical concern throughout the industry. In many applications it is necessary to monitor changes in these materials over an extended period of time to determine the effects of various load conditions.

“Additionally, the detection and characterization of defects such as delaminations, is of great concern.”

Delamination is a mode of failure for composite material which, simply put, means the constituent layers are becoming separated, making the overall material weaker.

Nasa used a UR10 robot from Universal Robots, an infrared inspection system from Flir, and robot simulation software from RoboDK to build its infrared thermography solution for inspecting graphite epoxy composite materials.

Cramer, who is also branch head of nondestructive evaluation sciences at Nasa Langley Research Center, says: “The data that we record when the vehicle is manufactured can stay with the vehicle for its life.

“Because it was done robotically the first time, you know exactly where it was and you have a means to go back to that exact location and compare any changes that may be occurring during the life of the vehicle.”

We have Luft off

Towards the end of last year, Lufthansa Technik – part of giant German carrier Lufthansa – filed patents for a new robot that can inspect and repair surfaces of aeroplanes, which are made of fibre-reinforced composites.

The company developed the system as part of a project called Caire, and says it is looking to commercialise it.

Lufthansa appears to be using a Kuka robot for the hardware part of the system and, although we cannot confirm this, it probably developed the software from the ground-up.

It would seem there are more tools and resources available through the Universal Robots’ UR+ “app store” or developer community, which is something Nasa may have taken advantage of.

Lufthansa may go down the same route when it finally commercialises the system some time this year or next.

For now, its aims could be said to be very specific.