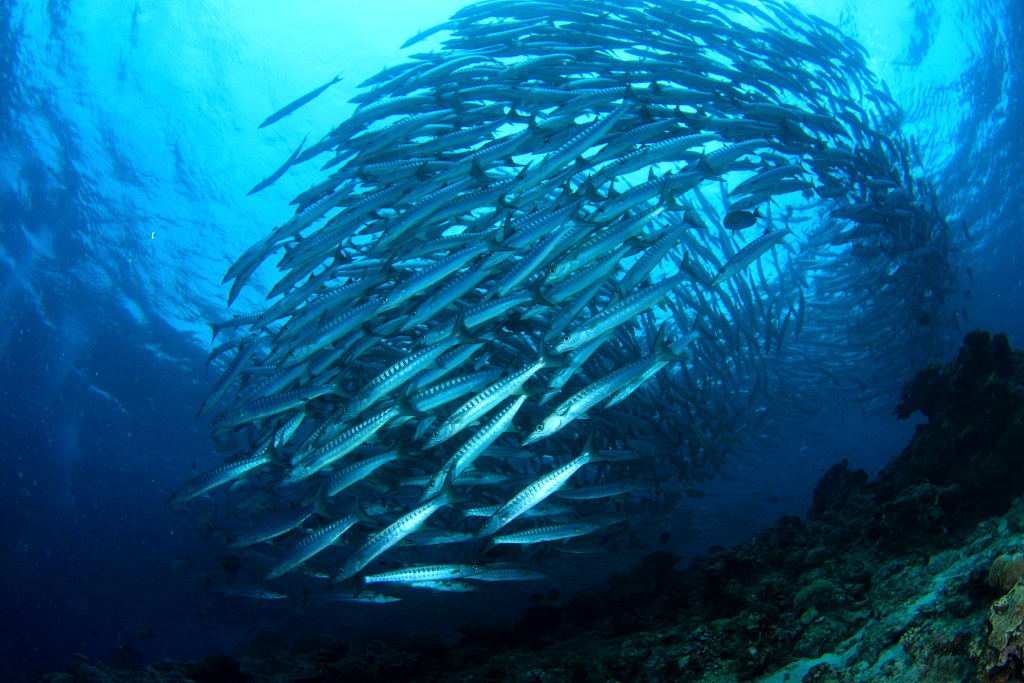 Countless other areas exist where the same logic might unfold, says WEF, adding that huge short-term incentives might lead to the use of emerging technologies in ways that trigger irreversible long-term damage.

A rapid collapse of fish stocks could engender cascading failures across marine ecosystems.

Communities reliant on fishing for their incomes might struggle to survive, leading to fiscal pressures and displacement.

A sufficiently large surge in the supply of illegal fish might distort global food markets, leading to disruption in the agriculture and food-production sectors.

If illegal drone fishing crossed national maritime boundaries and was perceived to be state-sanctioned, retaliatory measures might lead to diplomatic or military tensions.

Targeted schemes such as genetic markers to track fish throughout the supply chain might limit demand for illegally caught fish. So might better vessel observation.

But key to progress in this and similar areas of hybrid technological disruption will be new global governance norms and institutions, particularly those designed to protect the global commons and prevent the destructive deployment of emerging technologies.

Other risks to the global economy identified in WEF’s Global Risks Report 2018 are listed below.

The death of trade: Trade wars cascade and multilateral institutions are too weak to respond.

Into the abyss: Another financial crisis overwhelms policy responses and triggers period of chaos.

Walled off: Cyberattacks, protectionism and regulatory divergence leads to balkanization of the internet.

Environmental disasters – whether man-made or natural – were also listed among the 30 global risks as WEF sees them.

However, economic turmoil does not figure as prominently in the report as some might have expected.

Professor Klaus Schwab, founder and executive chairman, WEF, said: “A widening economic recovery presents us with an opportunity that we cannot afford to squander, to tackle the fractures that we have allowed to weaken the world’s institutions, societies and environment.

“We must take seriously the risk of a global systems breakdown.

“Together we have the resources and the new scientific and technological knowledge to prevent this.

“Above all, the challenge is to find the will and momentum to work together for a shared future.”

John Drzik, president of Marsh Global Risk and Digital, said: “Geopolitical friction is contributing to a surge in the scale and sophistication of cyberattacks.

“At the same time cyber exposure is growing as firms becoming more dependent on technology.

“While cyber risk management is improving, business and government need to invest far more in resilience efforts if we are to prevent the same bulging ‘protection’ gap between economic and insured losses that we see for natural catastrophes.”

“Environmental risks, together with a growing vulnerability to other risks, are now seriously threatening the foundation of most of our commons.

“Unfortunately we currently observe a ‘too-little-too-late’ response by governments and organisations to key trends such as climate change.

“It’s not yet too late to shape a more resilient tomorrow, but we need to act with a stronger sense of urgency in order to avoid potential system collapse.”

Another angle being reported – by Bloomberg and Insurance Journal among others – about WEF’s risk analysis is the possibility that automation will lead to more job losses for women than men.

“Automation is another potential driver of growing inequality,” says WEF in its report.