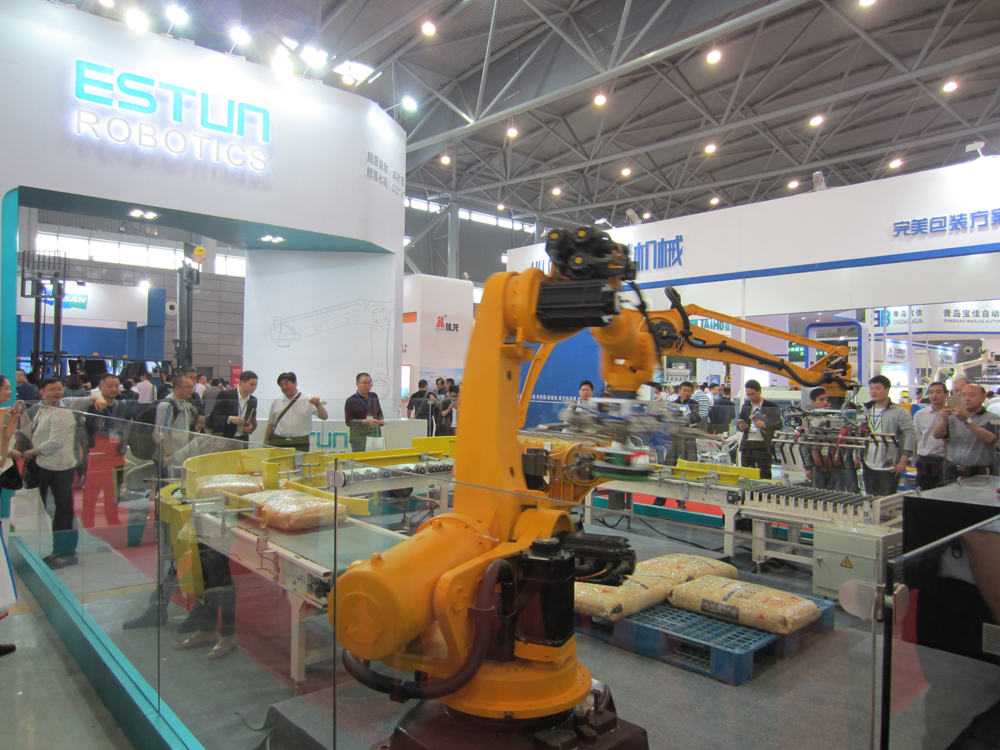 A Chinese industrial machinery manufacturer called Estun Automation has started production of industrial robots at the company’s newly built facility in Nanjing, China, according to Xinhua.

The state news agency says Estun’s new plant has the capacity to produce 9,000 industrial robots and pieces of equipment a year.

The agency says the facility was co-designed by Estun and German manufacturing giant Bosch through its Rexroth division.

Xinhua quotes Estun’s chairman, Wu Bo, as saying: “In the future, Estun aims to provide more localized service, technical support, and eventually a one-stop solution for digitalized plants, in an effort to boost efficiency and competitiveness.”

China is currently the world’s largest buyer of industrial robots, and it is likely to remain so as its manufacturing sector continues to grow.

The overwhelming majority of the robots China buys are from overseas companies, mainly the industrial automation giants of Europe and Japan.

However, the Communist Chinese government launched a program called “Made in China 2025”, under which it is encouraging local manufacturers to make more high-tech machinery, such as industrial robots.

This would be a factor in a recent report by Xinhua that China’s production of industrial robots has accelerated and exceeded 100,000 by the end of October last year – a 70 per cent increase year on year.

The monetary value of China-made robots is expected to be around $4.2 billion when final figures are added up for 2017.

Xinhua says that figure will increase to almost $6 billion in 2020.