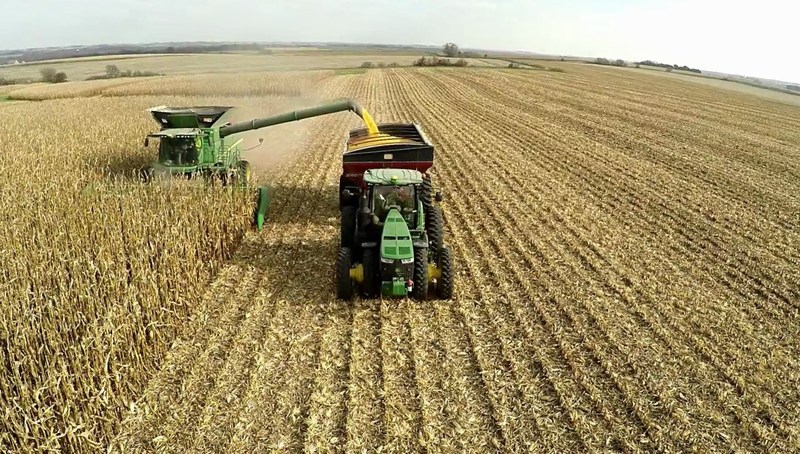 The company is releasing on a limited basis, the first application for the platform, called AutoCart. This software application fully automates a grain cart tractor, which provides farmers with assistance during the demanding harvest season.

Colin Hurd, the founder and CEO of Smart Ag, said the innovative technology will allow farmers to automate their existing equipment and maximize its efficiency and capacity – regardless of manufacturer.

“Farming should no longer be defined by what the equipment industry decides is better or more profitable. We believe agriculture is best when farmers have choices,” Hurd said.

“The best way to improve our customers’ operational capacity is to enable them to use automation and driverless technology on their farms. With the correct technology and knowledge, farmers can do the seemingly impossible.”

Over two years in development, AutoCart, along with the tractor automation kit, is a plug-and-play system that automates existing grain cart tractors and is compatible with any brand or combination of brands.

The system allows a combine operator to set staging and unloading locations in a field, adjust speed, monitor location and command the grain cart to sync precisely to the speed and direction of the combine. After it is loaded, the AutoCart automatically returns to an unloading point elsewhere in the field.

According to Hurd, the AutoCart application provides a solution to one of the biggest challenges facing every farmer – critical labour shortages during harvest. He said Smart Ag’s driverless tractor technology “empowers farmers to leave the cab” and complete their operations faster and with less labour than ever before.

“AutoCart performs the same function as a driver, only it is more profitable, more reliable and safer,” Hurd added. “Our technology has the potential to bring significant change to U.S. crop production through improved productivity, profitability and safety.”

Smart Ag recently completed a comprehensive beta test of AutoCart on Midwest farms during the corn and soybean harvest. One of those test sites was Kyle Mehmen’s fifth-generation MBS Family Farms near Plainfield, Iowa.

“The AutoCart system performed extremely well for us during our corn harvest, and I fully expect it to be a game changer for agriculture,” Mehmen said. “These are the kind of technologies that we’re going to adopt on our farm one way or the other. It’s simply a matter of when and which ones.”

The AutoCart technology is now available on a first-come, first-served basis through the Smart Ag website. Hurd said that the cost of the system is comparable to retrofitting a sprayer or planter with precision technology.