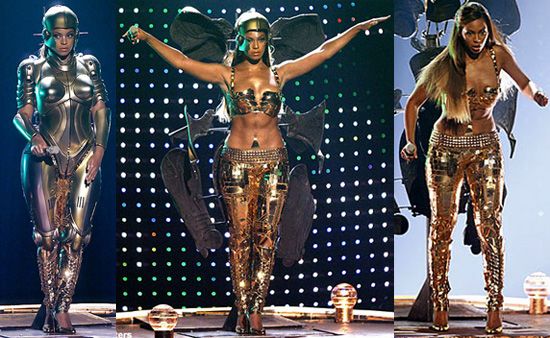 There’s probably an awful lot of lonely people out there who yearn for companionship, for intimacy, comfort, or for whatever reason.

And at least some of those people may be more than happy to buy a walking, talking, physical likeness of whoever is the most desirable celebrity of the day perhaps.

If consumers could buy robots or androids in the likeness of celebrities, which celebrity likeness would be the best-selling?

We have no idea, but maybe a list included an article on the InStyle fashion magazine website could be used as a guide.

Here’s another similar list – of celebrities who have Barbie dolls made in their image – from Marie Claire magazine:

How many of these celebrities end up – or are already being used – as templates for real androids built in labs we don’t know, but they’d probably sell well.

We should probably write a feature about how a human could be built like in Weird Science – starring Kelly LeBrock as the android – although that film didn’t give much detail at all.

But rather than a celebrity lookalike, maybe some people would prefer to buy a robot or android which looks like someone who is not famous; or just be happy to make a choice from the models on offer at the android store – if and when one is established, if it hasn’t been already.

Maybe films such as Ex Machina could merchandise the female humanoid robot – played by Alicia Vikander  – in the film; or perhaps one of the other android models in the critically acclaimed movie.

The TV show Humans could similarly merchandise the likeness of its many and varied robot characters, played by actors such as Gemma Chan, Emily Barrington and Jack Derges.

And let’s not forget the picture-perfect androids in The Stepford Wives, starring Nicole Kidman in the 2004 version and Katharine Ross in the 1975 original, both films having been based on the book of the same name, written by Ira Levin.

We could also mention the Bladerunner movies, both the 1982 one and the recent one of which feature androids as central characters.

And how about Data from Star Trek? He’d be useful to have around.

The list of humanoids and androids in science fiction is almost endless, and such characters date back to at least the early part of the 20th century, probably even further back than that.

The pictures used to illustrate this articles include one which shows singer Beyoncé paying homage to the female robot in the classic 1927 film Metropolis.

Another one shows a robot made in the image of film actress Angelina Jolie, who – interestingly – does not seem to have a doll made of her.

So why is it taking so long to actually build these humanoids or androids which are indistinguishable from actual, real humans?

There is almost certainly a market for it, and who knows, there probably are actual, custom-made androids that are sold for vast sums of money – because the absence of mass production means there are no economies of scale.

Such high prices may put realistic, human-like androids beyond the reach of anyone who can’t afford a top-of-the-range Ferrari, but with advances in materials science, actuation components, and artificial intelligence, it won’t be long before a truly disturbingly realistic humanoid or android – approaching the quality of those seen in sci-fi – is affordable for the mainstream consumer.

Certainly Siri, Cortana, Alexa and other AI voice assistants are helping the big tech companies – such as Apple, Google, Microsoft, Amazon and others – to build the necessary natural language processing skills which would be required.

So the android could potentially not only look exactly the way you want it to – perhaps like that celebrity – but could also have the traits of their personality as well.

Maybe the hardware side is more technically challenging than the software side because moving around in three-dimensional space is not as easy as you might think if you’ve been doing it all your life without thinking about it.

But these don’t seem unsolvable problems.

Perhaps a decade. Two at the most. Probably.

But how many people would buy them?

Humanoids that actually look human are scary. There’s no two ways about it – they are terrifying. And the more human-like they are, the more terrifying they seem.

But that’s just one opinion, although it’s probably shared by many.

Others, however, may not find them as disruptive to their psyche and might be welcoming to the machines which will inevitably, without a doubt, take over the world and kill us all, probably.

The technical term for a robot that looks like a human is android, although most people probably think of Android as the operating system for mobile computing devices, originally backed by Google.

Hopefully, Boston Dynamics – another Google company – will not create an android because the humanoids they currently build only avoid frightening people to death by looking like a pile of random bits of metal that could be gathered from any scrapyard.

Maybe Boston Dynamics should be banned from making androids. Their robots move in such a creepily realistic way that their development should probably stop there.

Some roboticists have built humanoids that look human – can’t quite call them androids because of their relatively limited functionality, other than appearance.

Perhaps the most famous humanoid or android builder is Professor Ishiguro, of Osaka University, in Japan, but there are probably many others.

The Japanese people, in general, seem to be more comfortable with robots than perhaps people of other countries – not all of them, but enough of them to prompt retail companies to install human-looking robots in place of actual humans in their department stores, for example.

But beyond retail stores and public places, how far into our homes and lives will these humanoid robots or androids get?

It might depend entirely on price since there seems no legal, moral or ethical framework which prohibits such a development.

There is an ongoing discussion about the potential dangers of artificial intelligence systems in military applications, but what to make of an android which manipulates your emotions and breaks your heart?

That would definitely be human-like, all too human-like.