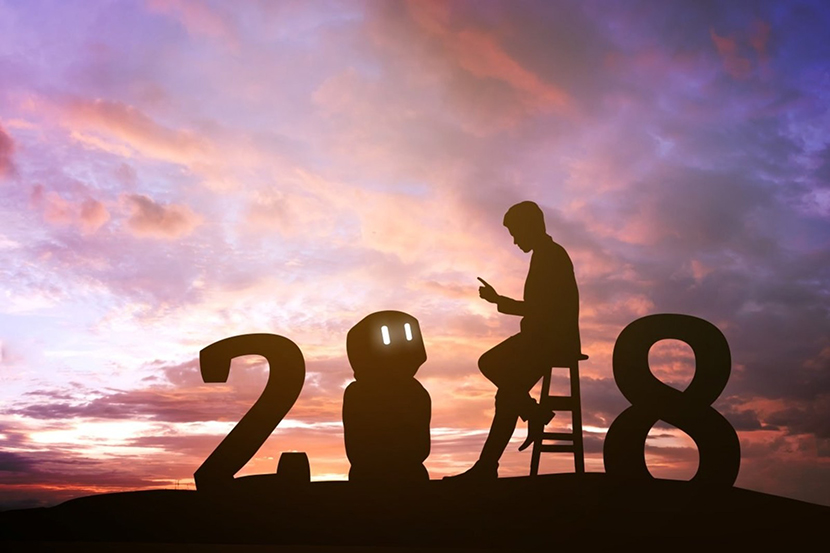 Tech experts at the IEEE Computer Society (IEEE-CS) annually predict the “Future of Tech” and have revealed what they believe will be the biggest trends in technology for 2018.

The forecast by the world’s premier organization of computing professionals is among its most anticipated announcements.

“The vast computing community depends on the Computer Society as the provider for relevant technology news and information, and our predictions directly align with our commitment to keeping our community well-informed and prepared for the changing technological landscape of the future.”

Dejan Milojicic, Hewlett Packard Enterprise distinguished technologist and IEEE Computer Society past president, says: “The following year we will witness some of the most intriguing dilemmas in the future of technology.

“Will deep learning and AI indeed expand deployment domains or remain within the realms of neural networks?

“Will cryptocurrency technologies keep their extraordinary evolution or experience a bubble burst? Will new computing and memory technologies finally disrupt the extended life of Moore’s law? We’ve made our bets on our 2018 predictions.”

The top 10 technology trends predicted by the IEEE-CS to reach adoption in 2018 are:

Machine learning and more specifically deep learning are already on the cusp of revolution.

Applications such as image, video, and audio recognition are already being deployed for a variety of verticals.

Deep learning heavily depends on accelerators (see #9 below) and is used for a variety of assistive functions (#s 6, 7, and 10).

They will continue to become a more widely adopted means of trading.

This will trigger improved cybersecurity (see #10) because the stakes will be ever higher as their values rise.

In addition, digital currencies will continue to enable and be enabled by other technologies, such as storage (see #3), cloud computing (see B in the list of already adopted technologies), the Internet of Things (IoT), edge computing, and more.

The use of Bitcoin and the revitalization of peer-to-peer computing have been essential for the adoption of blockchain technology in a broader sense. We predict increased expansion of companies delivering blockchain products and even IT heavyweights entering the market and consolidating the products.

Empowered by DL at the edge, industrial IoT continues to be the most widely adopted use case for edge computing. It is driven by real needs and requirements. We anticipate that it will continue to be adopted with a broader set of technical offerings enabled by DL, as well as other uses of IoT (see C and E).

Even though robotics research has been performed for many decades, robotics adoption has not flourished.

However, the past few years have seen increased market availability of consumer robots, as well as more sophisticated military and industrial robots.

We predict that this will trigger wider adoption of robotics in the medical space for caregiving and other healthcare uses. Combined with DL (#1) and AI (#10), robotics will further advance in 2018. Robotics will also motivate further evolution of ethics (see #8).

While the promise of fully autonomous vehicles has slowed down due to numerous obstacles, a limited use of automated assistance has continued to grow, such as parking assistance, video recognition, and alerts for leaving the lane or identifying sudden obstacles. We anticipate that vehicle assistance will develop further as automation and ML/DL are deployed in the automotive industry.

Gaming and AR/VR gadgets have grown in adoption in the past year. We anticipate that this trend will grow with modern user interfaces such as 3D projections and movement detection.

This will allow for associating individuals with metadata that can be viewed subject to privacy configurations, which will continue to drive international policies for cybersecurity and privacy (see #10).

8. Ethics, laws, and policies for privacy, security, and liability

With the increasing advancement of DL (#1), robotics (#5), technological assistance (#s 6 and 7), and applications of AI (#10), technology has moved beyond society’s ability to control it easily.

Mandatory guidance has already been deeply analyzed and rolled out in various aspects of design (see the IEEE standards association document), and it is further being applied to autonomous and intelligent systems and in cybersecurity.

But adoption of ethical considerations will speed up in many vertical industries and horizontal technologies.

With the end of power scaling and Moore’s law and the shift to 3D, accelerators are emerging as a way to continue improving hardware performance and energy efficiency and to reduce costs.

There are a number of existing technologies (FPGAs and ASICs) and new ones (such as memristor-based DPE) that hold a lot of promise for accelerating application domains (such as matrix multiplication for the use of deep learning algorithms).

We predict wider diversity and broader applicability of accelerators, leading to more widespread use in 2018.

Cybersecurity is becoming essential to everyday life and business, yet it is increasingly hard to manage.

Exploits have become extremely sophisticated and it is hard for IT to keep up.

Pure automation no longer suffices and AI is required to enhance data analytics and automated scripts.

It is expected that humans will still be in the loop of taking actions; hence, the relationship to ethics (#8).

But AI itself is not immune to cyberattacks.

The IEEE-CS says AI/deep learning techniques need to be made more robust in the presence of adversarial traffic in any application area.

The IEEE-CS says it did not include the following technologies in its top 10 list because it assumes that they have already experienced broad adoption:

Its previous predictions – which include sensors everywhere, driverless cars and so on – were fairly accurate.