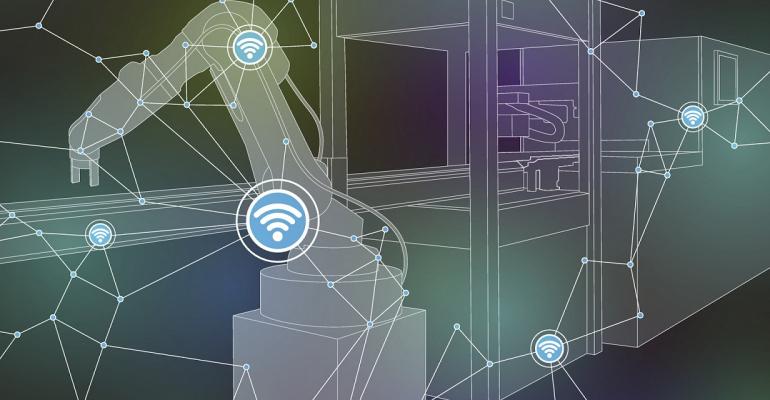 There’s always been a lot of hype surrounding robotics and automation, and it’s been the subject of many a classic work of science fiction.

What’s fascinating about sci-fi is that often what is fiction today ends up being fact of life tomorrow.

Whatever the hype, however, this year is likely to be an extremely important year for the robotics and automation industry.

The large, industrial robotic arms which have carried the manufacturing industry through many decades of productivity growth are seeing some important changes.

One is the price of industrial robots is coming down. This is probably not going to be a permanent trend because integrating new technologies will keep the prices high.

Which brings us on to the other important trend – industrial robotic arms are becoming far more sophisticated.

Not only are they being connected to industrial internet of things networks, which enables them to be monitored and managed, they are also integrating more componentry.

Traditionally, an industrial robotic arm was always connected to a special type of computer, referred to as a programmable logic controller, or PLC.

While it’s probably not accurate to say PLCs will be phased out completely – they will always find some useful purpose somewhere, it will be interesting to see how much computing is integrated into the robotic arm itself.

Newer, smaller, collaborative robots don’t always need a PLC and can connect directly to a conventional computer or even a smartphone.

How much you can do through a conventional smartphone or PC compared with a specialist PLC may be the area of competition between these two technologies.

This does not, however, mean there will be no competition in this sector going forward.

All the large industrial robot manufacturers look like they want to compete and for good reason – there are more potential buyers than ever for their products.

Although it’s the world’s largest buyer of industrial robots, China is still seen as a new market.

Established leaders in the industrial robot market are all entering China with their offerings, and it will be exciting time for people in this fast-moving sector.

What will make it even more interesting is the growth of collaborative robotics for industrial settings.

Almost all the leaders have now joined the startups to offer collaborative robot models, and much of the established manufacturing industry has put cobots to a variety of practical uses.

Having started out a couple of years ago with just a few collaborative robot manufacturers, now we see many different – established and entirely new – companies in the market.

The general feeling seems to be that cobots will lead industrial robotic arms out of factories and into the small and medium enterprise market, which will mean massive sales.

It may even lead into people’s homes – or the consumer market – although the humanoids are probably more likely to be popular there.

The main barrier for humanoids is their price – they can be quite expensive. It’s probably too early to think of the home market for robots. Other than the voice-assistance “robots”, which don’t have any moving parts, the only other ones likely to find a place in the home are those with wheels and no arms.

The logistics robotics sector could potentially use many more robotic arms in the next few years, but even now, with just mobile, robotic platforms on wheels, it’s quite a dynamic market.

In fact, the logistics sector could be said to be a nexus for the two key robotics technologies being developed today: autonomous mobile vehicles for transporting items; and robotic arms for material handling, possibly precise picking and packing.

One perhaps surprising sector to have seen sudden interest towards the end of last year is exoskeletons.

Initially seen as a way to help paraplegics regain the use of their legs and other limbs, exoskeletons are now being seen in the manufacturing sector and the logistics sector.

We’ve categorised exoskeletons under “wearables”, which could actually see more growth, since many of the large tech companies are interested in this sector because of the market for smartwatches and what is believed to be a potentially large market for smart or tech-laden clothes.

Another thing worth mentioning is the potential changes we might see in the human-machine interface market, as smartphones, tablets and computers increasingly integrate HMI functions.

Other than industrial robots, autonomous ground vehicles and wearables, this year we hope to be covering large-scale autonomous vehicles more, such as driverless trains and pilotless planes – in the commercial sector of course.

These things are probably a few years away, but one or two examples are emerging now.

They seem to have much in common with robotic spacecraft, which is another area we will keep watching.