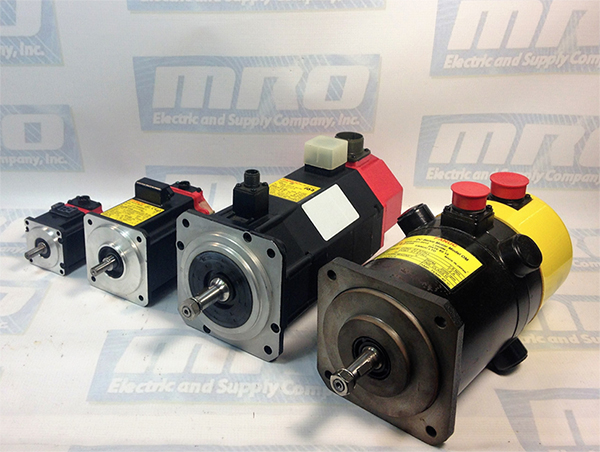 Downtime is inevitable when it comes to machine automation.

When production stops, orders will likely stack up quickly, hitting start on the “profits lost” clock.

After the failed part is identified, many machine automation professionals would lean towards shipping the flawed part to get serviced as soon as humanly possible.

While MRO Electric and Supply appreciates the business, we want to ensure our customers are as well-informed as possible and able to fix issues of their own, if able to.

By grouping observations together and looking at them closely, many of those in the machine automation space may find that the issue can be fixed internally, rather than sending a part out to another party.

Be sure to press the in-house employees for details, as someone on the clock may have witnessed the failure first-hand and would be able to provide more intimate and valuable insight as far as what may have happened.

Any way to avoid a future issue is worth exploring!

As many know, factory automation machines consist of several interconnected parts and components. Because of this, it’s important not to overlook related issues that have occurred or may occur.

If a drive (such as a Fanuc Robotics Drive) were to fail, best practice would be to send it along with the motor it’s connected with in order to have preventative maintenance checked together.

By consulting with the machines’ operators, you may find that other parts could be sent to preventative maintenance along with motor (such as a Fanuc CNC motor) and drive.

Keep in mind, certified experts will likely be able to point machine details out that others may not recognize or think of.

Nobody wants to run into an issue, fix said issue, and run into it again, due to lack of attention to detail.

Whether you have only two wires to unhook or twelve hundred, document everything.

When you uninstall the damaged unit, label your wires. Be sure what you are using is sturdy and will remain affixed.

Do not use tape that will slip off with grease or dust. Also, take before, during and after pictures of the operation.

These pictures can save you from a tremendous headache later on. Also, when possible, make sure to save any parameters and record any settings before the unit has been taken out of service.

By documenting all of the parts or wires that had to be disassembled as specifically as possible, you would likely be avoiding many headaches.

Nobody wants to disassemble a section of a machine, later to discover a wire or bolt is misplaced, which would lead to dreaded downtime that everyone in the factory automation and manufacturing space dispises.

Don’t be afraid to take a video or several photos of the disassembling process; in-depth videos or even photos are often invaluable to refer back to, especially when in a rush or a busy time of the year.

In order to make your time count with the service center, be sure to prepare your explanation on a written or typed document.

If there’s a possibility of more than one employee communicating with the service center, ensure they’re up-to-speed with all details that may be of help to fixing the issue or issues at hand.

Be sure to avoid shipping damage by packing the part or parts securely and appropriately. Nobody wants a quick and painless fix to turn into an extended fix due to laziness or lack of initiative to research correct packaging processes.

Most units need 3-5 inches of packaging insulation on all sides, to ensure rough handling won’t damage the part or parts.