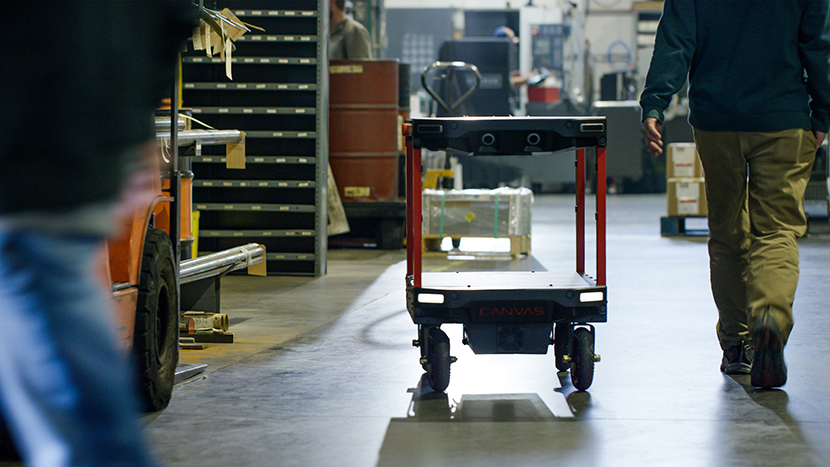 Canvas Technology says it has raised $15 million to accelerate the development of its autonomous robotic systems for the logistics sector.

Canvas says its Series A financing was led by Playground Global, with participation from previous investors, including Xplorer Capital, AME Cloud Ventures and Morado Ventures.

Canvas Technology has built an autonomous system for movement of mobile vehicles in factories and warehouses. It also offers a cart (main picture).

The company says the system includes “high-performance proprietary 3D sensors and an end-to-end software package” that can be utilized on mobile hardware including the Canvas Autonomous Cart.

Playground Global says its sole purpose is to “back entrepreneurial companies building the future of the connected world through software-defined hardware”.

“We think it will not only bring enormous gains to the manufacturing and logistics sectors but to many other industries that need a turnkey autonomous technology solution.”

The Canvas system utilizes computer vision to continuously map its environment, efficiently plan the best navigation path and intelligently work with people and other mobile equipment.

Canvas says it is particularly focused on fast-moving and changing environments.