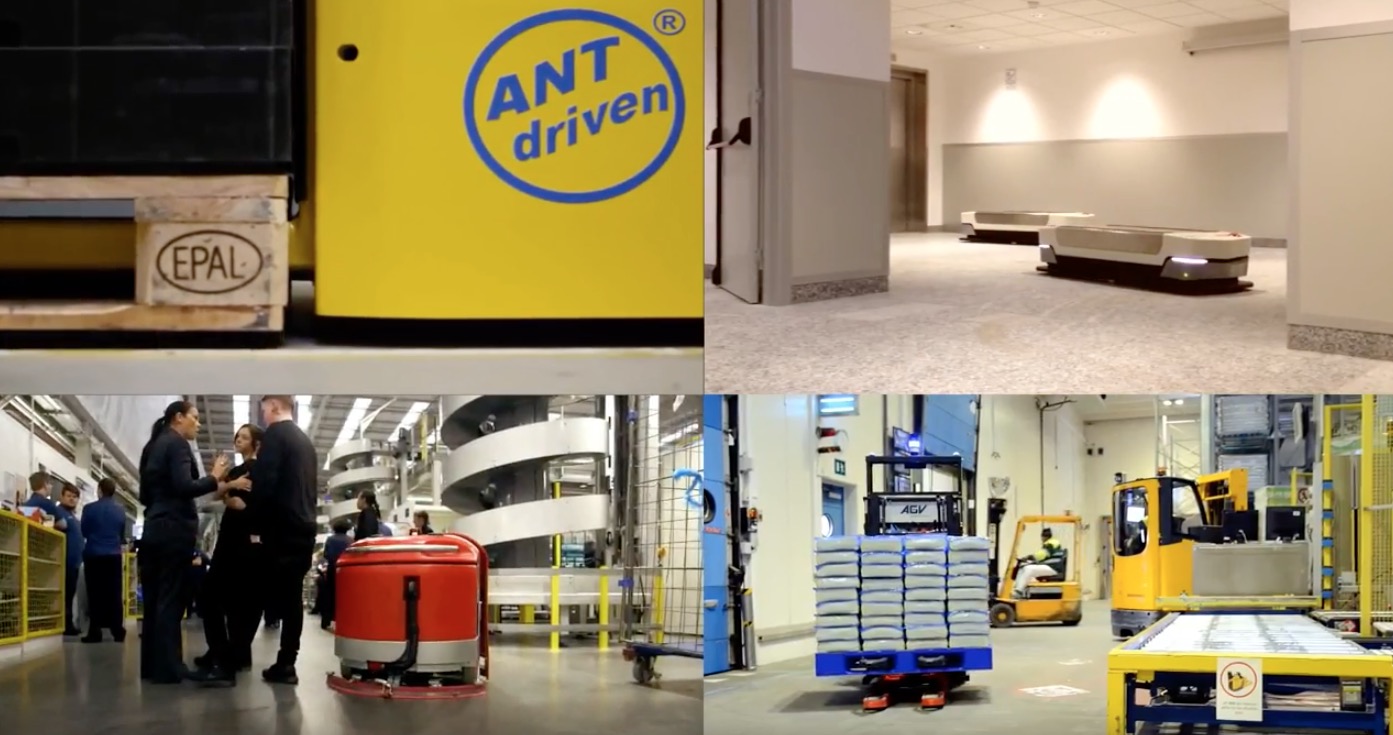 BlueBotics says it is finding new customers for its autonomous vehicle guidance systems from various parts of the world.

Most of the vehicles are used in logistics, and include small mobile platforms as well as driverless forklifts. (See video below.)

In total, says the company, more than 500 autonomous vehicles now use the BlueBotics guidance system, which is called “Ant”.

One of those companies is Sita Lab, which we reported about earlier this year. The Sita Lab machine is called “Kate”, and it’s a mobile ticket kiosk designed for operation at airports.

Many of the newer companies are located in Asia, which prompted BlueBotics to take part in CeMat Asia, which is a logistics industry exhibition organised by the same company behind Hannover Messe.

The new customers BlueBotics has mentioned include:

BlueBotics has added a new “Mini” version of its system, which includes the hardware – a mobile autonomous platform said to be suitable for light logistics (pictured right or below, depending on whether you’re reading this on a smartphone or on something with a larger screen, like an iPad or even a desktop computer, which is actually more likely, statistically speaking).