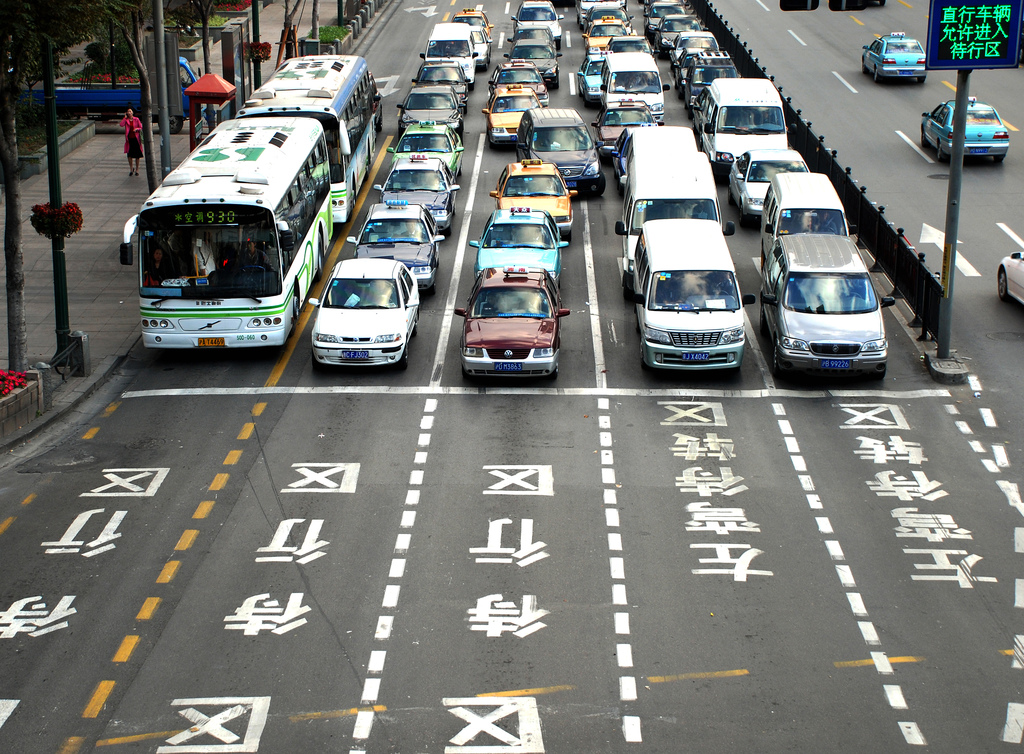 China’s dominating chauffer companies, Didi and Uber China, merged in 2016, wrapping up a history of fierce competition for the city-mobility market.

The two are now left with a huge shared customer pool that knows a lot about their choices for mobility.

The new phase being ushered in is car sharing, which is poised for explosive growth across China.

In this article, Klaus Schmitz of consultancy firm Arthur D Little examines the market dynamics and the major hurdles, and makes predictions for the future of the Chinese car-sharing scene.

Car sharing is short-time car rental, usually charged by the hour, whose target customers make occasional use of a vehicle or use it for commuting on an as-needed basis.

In China, the earliest car-sharing player was CC Clubs, founded in 2010.

The market grew mildly in the first few years, and the total fleet size was still less than 1,000 by 2013.

However, since 2015 car sharing in China has gained momentum, reaching fleet sizes of up to 30,000 vehicles as of early 2017 – mainly in Tier 1 and 2 cities, with an average yearly growth rate of over 200 percent.

The strong growth is driven by two major factors.

In June 2017, the central government released a draft of guidance for the car-sharing industry, in which supporting policies for car sharing were set up.

It specified requirements for car-sharing businesses, defined their role in urban mobility, and offered high-level support measures such as parking spaces.

Prior to this, many local governments had already established support policies for car sharing.

Free parking spaces were provided to car-sharing companies in government-controlled parking lots, for example, at government organizations, state-owned enterprises (SOEs), airports and so on.

Subsidies are granted for operations and car-sharing platform development.

For instance, for 2017 and 2018, they cover 30 percent of the cost of parking spaces, charging infrastructure and electricity, with an upper limit of 3 million RMB per year, which is just over $450,000.

Second, public transportation is still insufficient in China. For instance, average bus ownership is 0.3 per thousand people in China, while that number is 0.5 in the UK.

The average subway length in Shanghai was 25 meters per thousand people in 2016, which is about half of that in London.

In addition, in certain large cities, such as Shanghai and Beijing, registered car plates are strictly controlled by government due to traffic jams, which consequently restrains citizens from owning cars.

Even for those with cars, there is inconvenience due to traffic control on private cars in cities such as Beijing and Hangzhou.

As a result, car sharing as an alternative solution has been well received by Chinese customers.

According to Arthur D. Little’s recent global study of over 6,500 customers, The Future of Automotive Mobility, 42 percent of Chinese customers are willing to replace private cars with appropriate car sharing and other new mobility services, in comparison with the global average of 22 percent.

Local OEMs lead the way in the car-sharing market

Since 2015, a large number of players have entered this market. By early 2017 the total number had reached over 100.

For example, Microcity, founded in 2013, the largest player so far in China, has strong support from Geely.

All of its vehicles are provided by Kandi EV, the joint venture between Geely (50 percent) and Kandi Group (50 percent).

With substantial support from the Hangzhou government, including free parking spaces and a subsidy for infrastructure construction and charging, it had approximately 11,000 vehicles in operation by late 2016.

Besides its network inside Hangzhou, it has built up service spots in neighboring tier-3 and -4 tourism cities.

Tourists can drive the cars from Hangzhou to these places of interest nearby very conveniently.

Foreign OEMs have also launched car-sharing businesses in China, although the market share is much lower than for local ones.

Even Daimler, the largest foreign player by volume, had only approximately 1,000 vehicles in operation in early 2017.

Daimler launched two car-sharing brands in China in 2016 – Car2Share (focusing on B2B) and Car2go (focusing on B2C), and then merged them in early 2017.

Considering most supporting policies of local governments focus on NEVs only, foreign OEMs will be at a disadvantage in the future in terms of getting subsidies, business plates and parking spaces if they do not have NEV fleets.

The Chinese central government has released fuel consumption and NEV credit requirements for OEMs, defining the NEV penetration target for 2020.

Car sharing can be a major way for OEMs to digest the NEV volume quota for OEMs.

Currently, 90 percent of the shared cars in the market are NEVs (major models including Kandi EV, Lifan EV, BAIC EV160, ROEWE E50, Chery EQ and so on), and 10 percent are ICE cars, mainly run by the brands of TOGO (models including Smart, Mini, Citroen C3-XR, ROEWE 550, Peugeot 2008) and Car2go (Smart).

In addition, according to ADL’s global study, the classic automotive pyramid is changing due to the development of shared mobility, autonomous driving and electric vehicles.

The new role of “customer mobility interface provider” is taking access to, and relationships with, end customers from OEMs.

Moreover, they are likely to have higher bargaining power due to large procurement volumes.

Given these risks, OEMs have strong motivation to be engaged in this role.

Of all the new mobility services, chauffeur and car-sharing services are considered to have high potential in China.

Although car sharing is booming, the business faces multiple challenges. Most players are not profitable and struggling to overcome various operational difficulties.

The price of car sharing is relatively low in China.

The major competitor of car sharing is taxi, which is also low priced compared with that in developed countries.

As a result, the price of car sharing is even lower.

In the long run, with salary levels of taxi drivers increasing (due to the rapid increase of labor cost in China), relative competiveness of car sharing versus taxi will improve.

The major reason is the limited number of service spots, which are scattered among different players, as well as operational hurdles such as “tides” (insufficient supply during rush hour, while cars are idle during non-rush hour).

The fixed cost of vehicles is high. In China, over 90 percent of car-sharing vehicles are EVs.

But the residual value of EVs is much lower than for ICE vehicles. In addition, the insurance rate for operational vehicles, including taxi, car sharing and car rental is fixed and much higher than for private cars.

However, utilization for car sharing is currently much lower than that of other operational vehicles, such as taxis.

Parking is expensive, too, especially for Tier 1 and 2 cities. For car-sharing companies, downtown areas such as central business districts (CBDs) are critical spots that drive business, considering their high customer flow and hence strong possibility of being departure areas and destinations for customers.

However, the parking cost is also higher in these areas. It’s key to balance the benefits and costs when choosing parking locations.

Also, In Tier 1 cities, the number of business plates (license plates issued for business operations such as car sharing and taxi) is strictly controlled.

Beijing released only 2,000 plates for NEV car-sharing businesses in 2016.

This consequently becomes a major challenge for players to expand their businesses in these cities.

The Chinese car-sharing market in the future

Despite the challenges above, car sharing will grow with big momentum, with more players entering the battle.

In the near future, the sector will further consolidate, as the scale and the necessary resources, such as plates and parking lots, that the business needs, are limited.

Industry consolidation and improved customer acceptance, or even loyalty, will lead to higher fleet utilization and scale of economy.

Breakeven of the business case will then be achieved.

However, given the challenging environment, players need to outperform in several key areas to survive and achieve competitive advantages.

About the author: Klaus Schmitz is a partner in the information management practice in Arthur D. Little’s Munich office, with an affiliation with AMG. The functional focus of his work lies in the areas of eBusiness, IT strategy, organizations and processes, and innovation and technology.