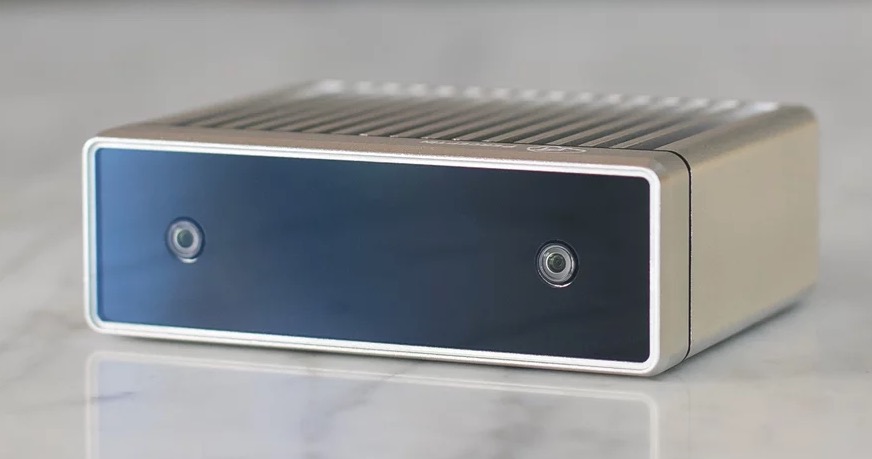 A startup company called PerceptIn has raised a total of $11 million in funding, and has launched a new robotics vision system.

The funding came from Samsung Ventures, among others.

The vision system is called Ironsides, and PerceptIn claims it to be “the first full robotics vision system to combine both hardware and software for real-time tracking, mapping, and path planning for autonomous robots”.

For robots to be truly autonomous, they need vision-based perception, similar to the way humans use their senses to relate to the world around them to make decisions, says PerceptIn.

The company claims its system is unlike other intelligence solutions in that it is scalable.

PerceptIn says it can be integrated into “almost any device” for a broad range of functions, from household vacuum robots to autonomous vehicles that navigate roadways and factory floors.

The company has produced a proof of concept demo of a cleaning robot with and without Ironsides visual intelligence (see video below).

PerceptIn says it has made Ironsides affordable – at a cost of $399 for developers. This is “dramatically less expensive” than systems designed from scratch, which can cost up to $2 million per year and at least a year’s time to build a working prototype, says the company.

Ironsides is easy to deploy, claims PerceptIn. Once embedded into robotic systems, Ironsides creates “high performance with limited computing power that manufacturers can deploy on a large scale”, adds the company.

Zhe Zhang, co-founder and CEO of PerceptIn, says: “The number of robotized products has increased dramatically and as these products become more sophisticated, safety considerations and obstacle adjustment will be even more important.

“This ability to improve a machine’s understanding of its environment is the basis for improving its reactions and enabling new forms of action. The industry doesn’t move forward without it.

“The problem is that developers spend too much time and a fortune piecing together disparate systems. The commercial availability of Ironsides allows for production at scale, bringing the technology to the masses.”

Non-industrial robots – such as autonomous vehicles and consumer, enterprise, healthcare and military robots – are expected to drive a majority of the growth, an evolution from purely industrial robotic applications.

Ironsides is a multi-sensor, vision-based perception system that considers and uses a combination of computer vision technologies, without relying on lidar, which allows robotic products to accurately sense, perceive, and make decisions to avoid obstacles and operate safely.

Gary Bradski, CTO of Arraiy and founder of OpenCV, says: “I have been an advisor to PerceptIn since day one.

“They bring together best-in-class computer vision, robotics and system architecture technology with a great team dedicated to visual intelligence for autonomous robots.

“PerceptIn’s technology is designed to be easy to integrate and to just work out of the box.”