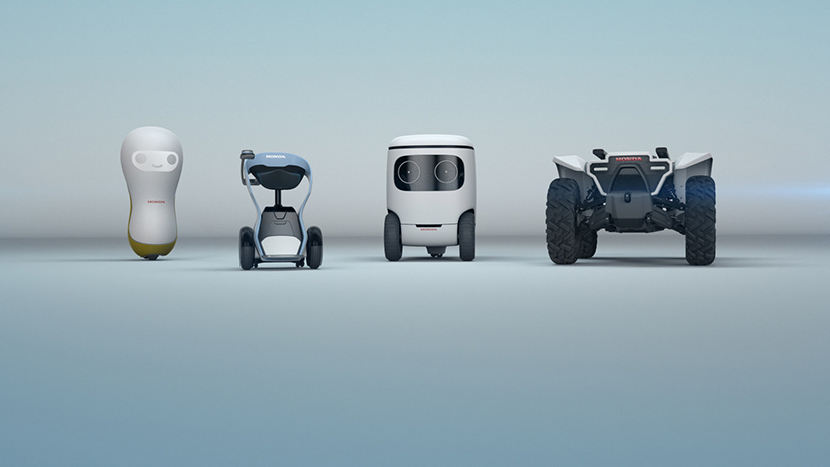 As well as being a globally well-known automaker, Honda is the maker of what is probably the most recognizable humanoid robot in the world – the famous Asimo – it’s the one that looks like an astronaut and runs in a funny way.

But the company hasn’t really made many headlines in recent times for its ongoing work in robotics. Now it’s in the spotlight again.

Honda Robotics is preparing to unveil what it calls its “3E – Empower, Experience, Empathy – Robotics Concept at CES 2018, which is scheduled to be held in Las Vegas, US, from January 9th to 12th. (See video below.)

Honda says the new range of robots will be a demonstration of “experimental technologies engineered to advance mobility and make people’s lives better”.

Like many companies involved in robotics, especially in Japan, where highly urbanised populations often become isolated from family and friends, Honda is looking to develop artificial intelligence-driven solutions to modern problems.

Honda says its “advanced robotic concepts” express a variety of functions and designs. And they demonstrate the company’s vision of “a society where robotics and AI can assist people in many situations”.

These situations can include, but are not limited to:

The ultimated idea, says Honda, is to develop robots that are “more helpful and empathetic”.

As part of the 3E Robotics Concept, Honda says it will reveal:

In addition to the suite of robotics concepts, Honda will showcase its Mobile Power Pack World, which includes a portable, swappable battery pack for electric vehicles, and a re-charging system for use at home, recreation or during a natural disaster.

The Mobile Power Pack World at CES will also exhibit a battery exchanger concept that can store and charge mobile power packs.

Electric cars and vehicles are likely to become a globally gigantic technology in the next decade or two. Some had forecast that it would take another 50 years, but with so much time and money being invested in developing EV tech, 50 years seems somewhat too far in the future.

Honda says it is “committed to creating transformative products through open innovation”.

This has led the company to open an innovations centre in Silicon Valley.

The Honda Xcelerator partners so far include the following companies and technologies: