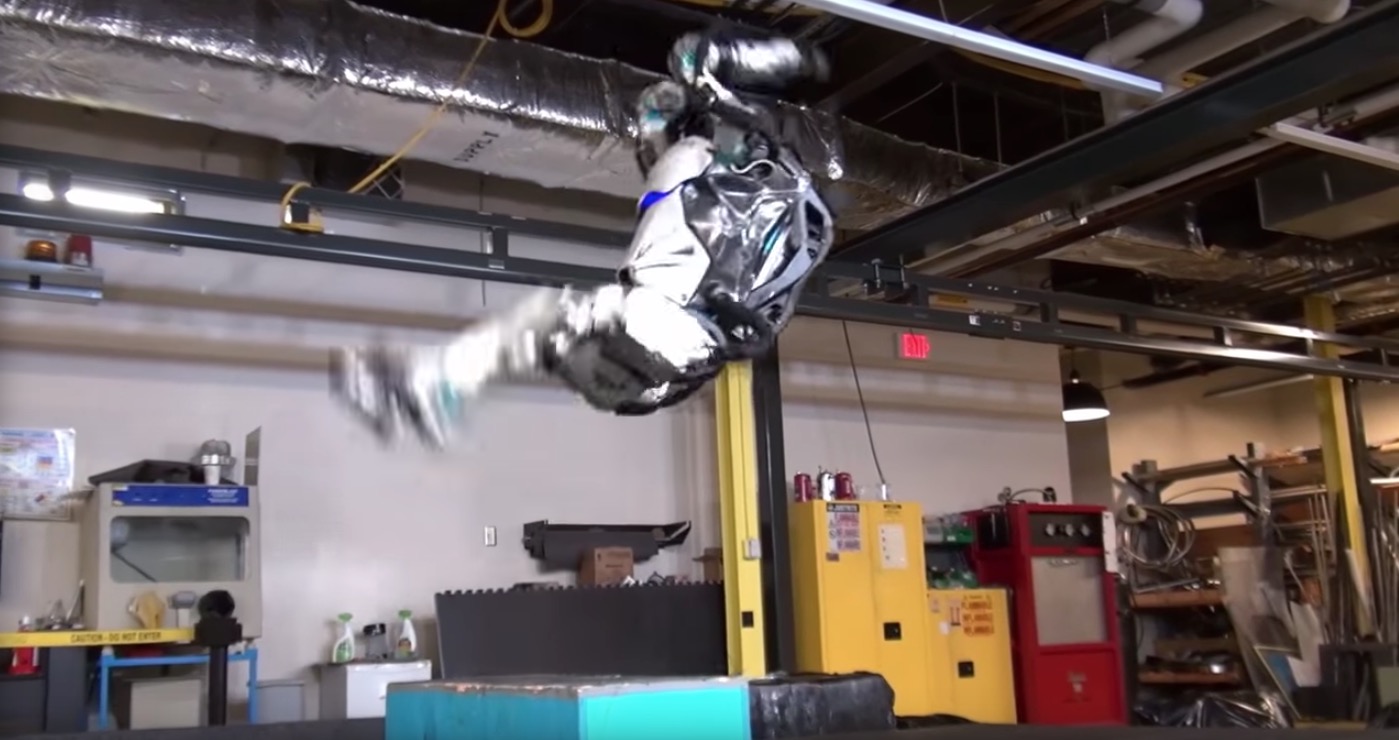 As many people – including us – have said many times, Boston Dynamics makes the scariest robots in the world (see video below).

Not only do they look terrifying, they move in such a realistic way that you wonder if the makers have done something horrible to achieve such life-like motion.

They really do move incredibly well.

Now, in the latest video released by the company, one of its humanoids – called Atlas – is seen doing a backflip better than most humans could, possibly better even than some gymnasts could.

Unbelievable – you have to see it to believe it.

Most readers have probably seen the video below on other media, but we couldn’t resist sharing it on our site as well – and it’s well worth another view.